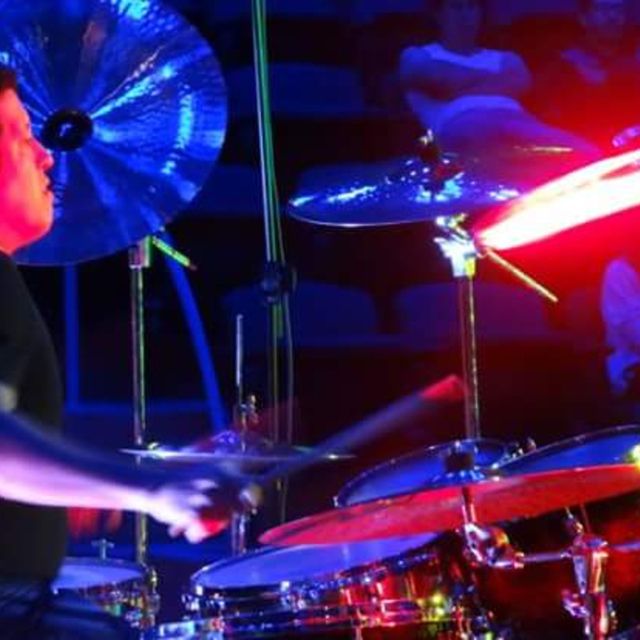 Born and raised in Humacao, Puerto Rico, Jose has been performing on percussion instruments since age five (5). At age 11, he started formal music lessons with Professor Jose "Tito” Rivera and Professor German Peña Plaza at the Escuela Libre De Música de Humacao. During his childhood, Jose had the opportunity to perform with the Humacao Symphonic Band under the direction of Professor German Peña Plaza. During this time, he had the opportunity to travel through the Caribbean, Central, and South America. At age 14, Jose received formal percussion lessons from Professor Jose "Pepe" Torres at the Escuela Libre de Música de Caguas. Under Torre's direction, Jose performed with the Puerto Rico Symphony Orchestra, Puerto Rico State Band, and also with a variety of local artists including Bobby Capo (1988), Lucesita Benitez (1991) among many others. Jose was later accepted into the Puerto Rico Conservatory of Music where he studied percussion with Professor Jose Alicea. Under Alicea's direction, Jose played for the America youth symphony orchestra based in San Juan, Puerto Rico. In 1994, Jose decided to move to the United States and studied at Florida International University, later transferred to the University of Central Florida to study with Prof. Jeff Moore. He graduated from UCF with a bachelor's degree in Music. For graduate studies, Jose selected Southern Utah University where he is graduated with a Master of Music in Music Technology and Game Audio Production and is currently at the University of Miami for his Doctoral program in Education.

Through the course of his life, Jose has had the opportunity to perform along with renowned artists such as Arturo Sandoval (while on FIU), Tito Puente, Marcos Barrientos, Meñique, Rico Monaco, Eve Evans, Gregg Bissonette, Giovanni Hidalgo, Gypsy Kings, Gerson Kelly, Martin Valverde, Nestor Torres (while on FIU), Danilo Montero, Bobby Cruz, Richie Ray, Jose "Papo" Rivera, Charlene Stewart, “Steel Pan Virtuoso” Liam Teague, Joe Lovano, and many others. For several years, Jose also performed at “Tarzan Rocks”, and “The Village Beatniks” shows at Disney's Animal Kingdom and at “The I Love Lucy tribute show!” in Universal Studio. Jose performs and produces opening acts with his band for artists such as Franco De Vita, does recordings, and also teaches at his school "Jose Rosa Drums, Percussion and Recording Arts Studio" in Costa Rica, and serves as a guest artist for many universities in the United States and Costa Rica. He also leads his own band "Jose Rosa and Friends" with whom he had recorded several albums and his World Music Band "Merak". In addition, he can also be heard and seen in many radio ads and TV programs like the syndicated PBS program “Jazz Then and Now” and also on the Travel channel in the program "The making of Disney's Animal Kingdom". In 2015, Jose Rosa was exalted to the Puerto Rico Music Hall of Fame for his contribution to the music in Puerto Rico.

As an educator, Jose is very on-demand, and has written several instructional books and some of the titles are "The Contemporary Hand Drummer"**, "New World Music History Reference Guide"**, "The Art of Latin Drumming"** (nominated for the 2013 Modern Drummer Readers Poll), "Beyond The Secret Hand / Mas Allá de la Mano Secreta"** (Hal Leonard decided to retire the title in 2018 and Jose Rosa republished it in 2020 under Jose Rosa Music Publishing), “Modern Tumbadoras: How to play congas” Vol. 1, “Advance Latin Drumming Independence”, "Timbales, the history of the instrument that became the heartbeat of Latin Music" and "Extreme and Killer 4-Way Coordination for the 21st Century Drummer" some of the titles are published under the Jose Rosa Music Publishing Company.
** These titles were published under Centerstream/Hal Leonard Corporation.