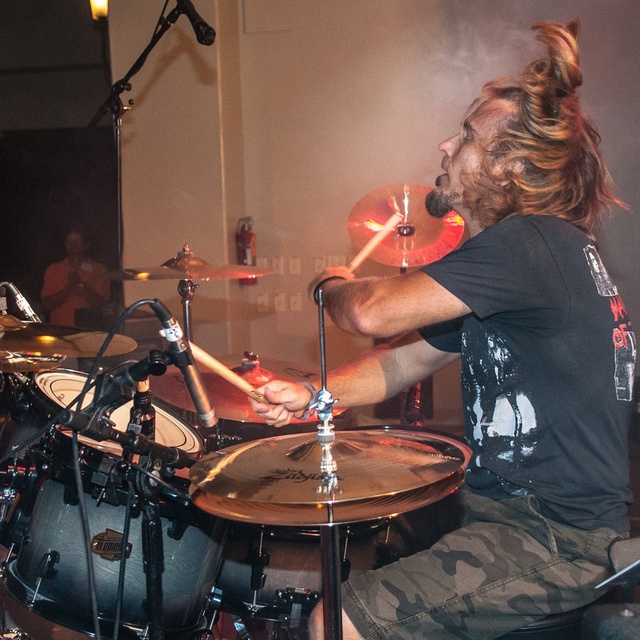 Experienced drummer with over 35 years playing live and some studio experience. I've played in numerous hard rock bands and even a couple country/rock bands. Have also been playing contemporary Christian music for about 20 years. The last 8 years I've been playing at Life Church in Leander and the last 3 yrs also playing at one in Lago Vista from time to time. I'm employed full time and married with kids. If interested contact me, lets rock! Peace!!
email is: joweetee at ya-who dot kom (you get it!!)
CURRENTLY....
Now playing in a 80's Hard Rock Cover Band called Groove Monkey. Playing hard rock from the 70's, 80's, 90's and 2000's.

I Would also be REALLY interested in playing some harder/heavier stuff, or some really cool originals, or a combo.
Either as a 2nd project or possible main project.

Check out my 3 Next Exit vid's posted here from Oct 21, 2017. This is with the band I grew up playing with after 2 practices. Live at the Uptown Theater in Marble Falls as part of FiestaJam 2017.
Also some GM vid's here too!