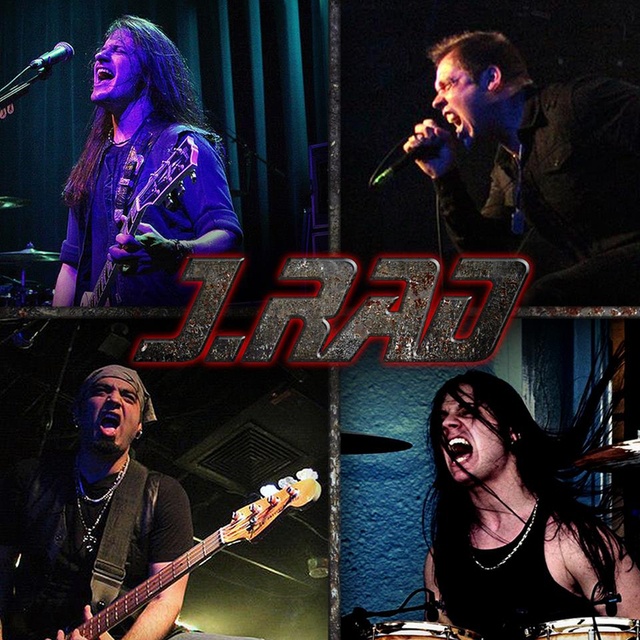 J. Rad is an aggressive, hard rock band hailing from New York that has been pounding the pavement for over a decade. J. Rad’s sound is diverse, ranging from melodic to heavy, and modern to vintage.
The band is known for their very physical and energetic live performances, which leave audiences wanting more. According to Aces Magazine, “Every performance is always hi-energy and exciting. Explosive, sexy, loud, intriguing, and has a lot of adrenaline.&#148; John Lamont (In A Crowd) said, “J. Rad has the "it" factor. I can say all the usual things as. This band is tight. They have great stage presence. Good songwriting skills and so on. Yes they have all that. But too really appreciate J. Rad one must experience them live.”
At the inception, brothers Jared and Jordan (Mo Sticky) Cannata were auditioning singers in hope of finding the voice their musical vision demanded...enter Gino. After a single studio rehearsal, chemistry was apparent. Twelve years later, Gino is still the trademark voice of J. Rad.

In 2010, J. Rad released their first EP entitled “Rise” with producer David Ivory (Halestorm, Silvertide, The Roots, Candlelight Red). “Rise” received great reviews from audiences and critics. This was the catalyst for the band’s continued work with Ivory on their second EP, 2012’s “Falling Apart”, which Aquarian Weekly calls, “well-crafted and well-arranged…You have to check these guys out”.

J. Rad’s new album “Sick Fantasy” is a new direction for the band, exploring J.Rad’s darker side with heavy, driving songs that tell deep and twisted stories. Metal Odyssey said, "This album is so good that it’s one of the best Hard Rock albums I’ve listened to this year". Produced, engineered, and mixed by band co-founders Jared Cannata and Mo Sticky, “Sick Fantasy” is the embodiment of what J. Rad is, was, and will be.

We have our own state of the art recording/rehearsal studio with tons of great gear for recording/touring, guitar, bass, drums, and vocals. It is a very long list so for more information please contact us.