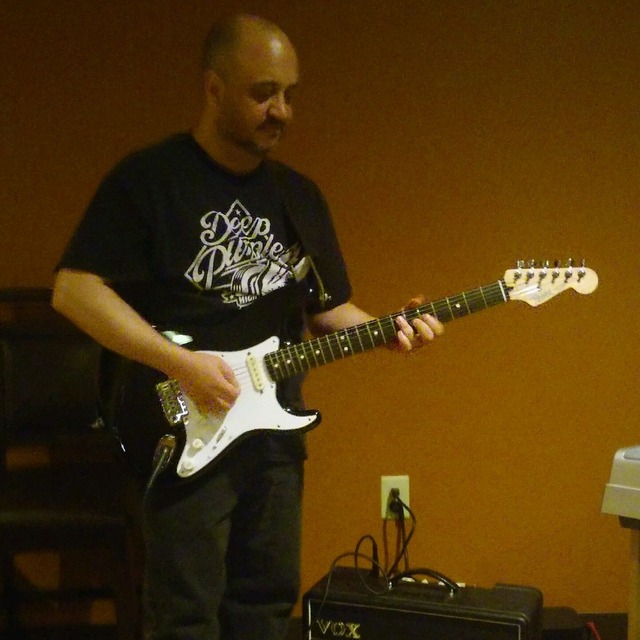 I played professionally in the past and I play mostly for fun now. I would rather write originals. My most recent endeavor was an acoustic duo (I played the guitar with a singer) and before that I did some heavy writing in the EDM genre with a someone in a group called Azurelah. I decided I missed playing an instrument and wanted to start writing something that was a little more organic. I have a pretty nice home studio and would like to put it to some good use. I definitely write with a darker style but would like try and break out of that every now and then. I have played both keys and guitar all my life with keys being my main instrument. I have switched to guitar as my main and have been diligently practicing jazz. I am open to all types of music but I would like to experiment with guitar with a progressive type rock/jazz fusion-ish group. I would still like to do an acoustic duo thing also. All that said I, reggae and funk are other styles of music I love. Reggae/funk influenced jazz/rock progressive fusion band?

Too many to list so I'll use a range...
Instruments - From Jon Lord to Oscar Peterson, and from Joe Pass to Steve Vai.
Writer - Sheryl Crow, Trent Reznor, Rage Against the Machine, Crystal Method, The Chemical Brothers, Frank Zappa, Queen, Mozart, Duke Ellington, Miles Davis...(etc.)