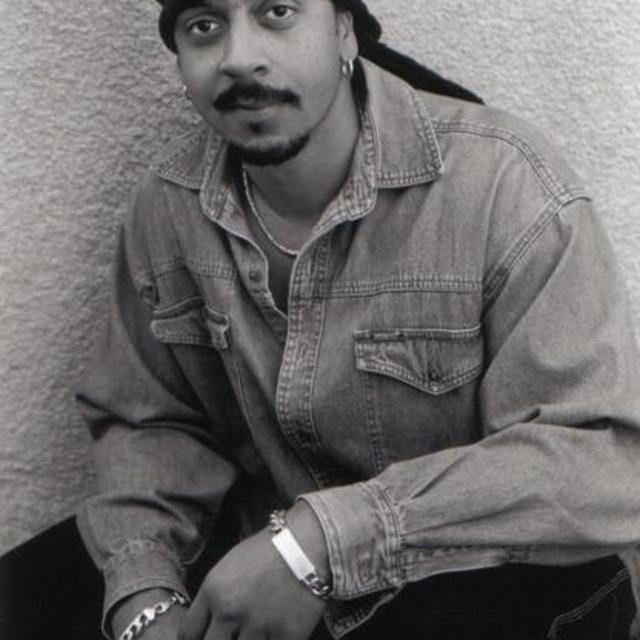 Jusreal (Lead vocals and background singing, drum programming, percussion, bass) I am before anything else, a true musician. Born into a family of musicians, and being related to “Fats Domino”, I have performed in many different bands around the world as a drummer, percussionist and bassist. I grew up in Madrid Torrejon, Spain where I was influenced by many different musical styles, including Pop, Hip Hop Rap, and Patois Reggae, as well as spoken word. My exposure to many different styles of music and skills as a musician, is what led to my further accomplishments as a songwriter and producer.
In the United States, I obtained success both as an actor and a musician, landing roles in feature films such as “South Central” directed by the critically acclaimed John Singleton, and television shows such as “A Different World” and “In Living Color”. Encouraged by fashion industry professionals, I did a stint of runway modeling, posing for Issey Miyake, Jean Paul Gaultier and the Matsuda clothing line.
To further pursue my music, I formed a band in 2000 with “Jonco”, founder and lead guitarist of the famous band “Caribbean Allstars”. While continuing to write music for my band, I was asked to write and produce a theme for the television show “America’s Most Wanted”. My music has been showcased in many feature films including “Mo Money” and “Apex”, as well as several television shows on cable.