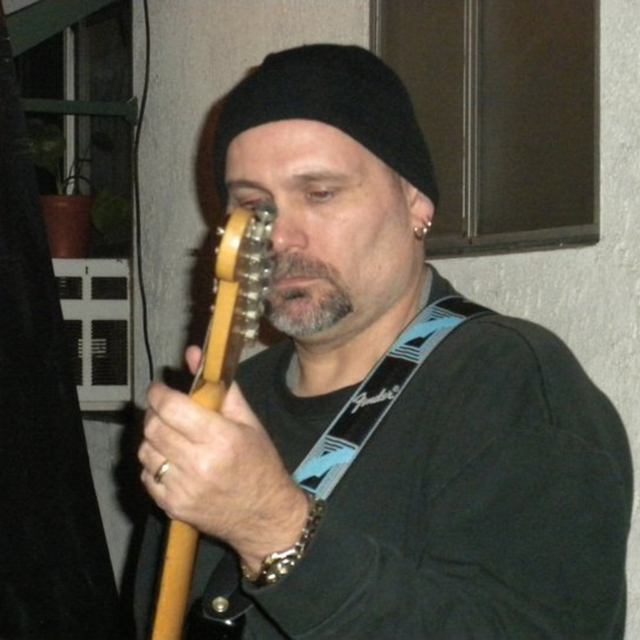 I'm just an old guy (60 now...crap! How did that happen) who used to play a lot in high school and then put it down for 30 years. Just a few years back I picked it up again and am now re-learning and trying to lose all the bad habits. I have good equipment, a steady job, and reliable transportation (in other words, no issues) and I am willing to put in the time to learn my parts and I can meet regularly for practice.

I would love to just get together and make some music, and maybe gig a little. I am looking for people at about my skill level and close to my age group (anywhere from 30's - 60's), and I would love to find musicians who are not delusional or egotistical about their abilities, and I would also like to avoid control freaks. I am too old to deal with the drama that unfortunately sometimes goes along with forming a band. So if you are into power trips or think you’re the next guitar god, I am not the guy for you. But if you just want to get together and have a good time in an egalitarian situation, then get in contact and we can get together and see if we’re a fit. e-mail me: timothyatherton at rocketmail dot com

I am open to a variety of music, but I would like to play classic 70s rock and maybe some new stuff. I don’t have a specific set list in mind, but the following list is the kind of stuff I like and would love to play:
Led Zeppelin
UFO
Bad Company
Eagles
Foreigner
Boston
Journey
Ted Nugent
Cheap Trick
ZZ Top
Aerosmith
Joe Walsh
Robin Trower
Lynyrd Skynyrd
Rod Stewart (with Faces)
Blind Faith
Eric Clapton
The Stones
The Who
Nickelback
Greenday
Social Distortion
…and open to other similar types of music, maybe even some modern country?

Not real into bands with Keys or horns, mostly interested in the typical; singer, two guitars, bass, drums, format.... but who knows? As stated above I am not an expert but I can learn most stuff from tabs and tutorials.