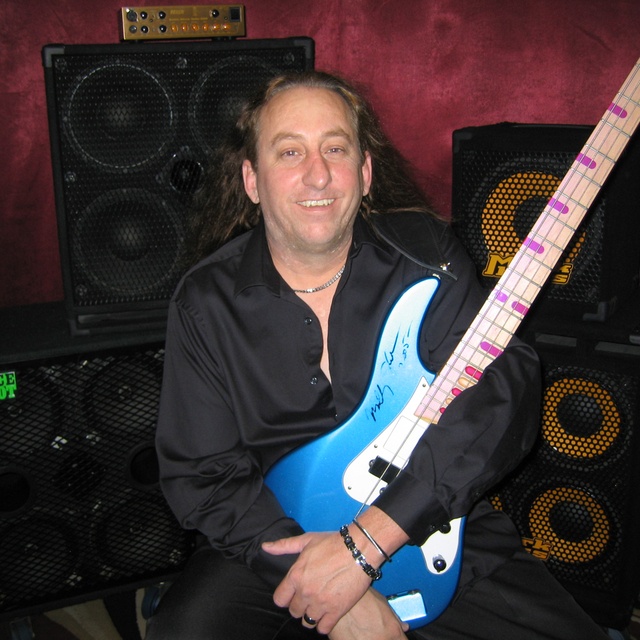 I’m an experienced Bassist & have lived in Austin for the past 22 years. I’m a very solid player & capable of reading music as well as charts. I’m a quick learner & I’m looking for a new & steady rock/fusion or a cover band project with potential. I’m open to projects as well, so if you need a hired gun please send me a message. Please feel free to contact justingraycomputer at g mail dot com

Inspired by Rock and Roll, Jazz, Fusion artists like, Billy Sheehan, Stuart Hamm, Les Claypool, Stanley Clark, Stanley Jordan, Victor Wooten, Steve Bailey, Michael Manring, Jaco Pastorius and many more just to name a few. Although he never had any formal training on the bass, he used his own perfect pitch to teach himself a multitude of tunes on the bass and electric guitar, ranging from rock and roll classics to great composer favorites.

He performed at the Confederate Air Force Base in Abilene, TX to a crowd of 30,000. It was here that he met the last of the living “Flying Tigers”.

Justin was giving the opportunity to sit in with Chris Duarte Group and Grammy award winner Jimmy Vaughn band and Blue Monday.

Justin has worked/employed by Lone Wolf Management Company from 2002 - 2005. Lone Wolf=Bill Ham, ZZ Tops management company for 38 years along with many other well-known artists.

While Justin can give credit to many bass players and guitar players who have influenced his musical career—Billy Sheehan, Les Claypool, Stuart Hamm, Stanley Clark, Stanley Jordan, Victor Wooten, Steve Bailey and Jaco Pastorius, he says, “Overall it’s about the music”.

A lot of guys who have been around for a long time are shocked when they hear some of the music I am doing. Fortunately, they like it”

I gig with this rig because its not as heavy to move.

I know its a lot to lug around however its worth it for the sound!!!