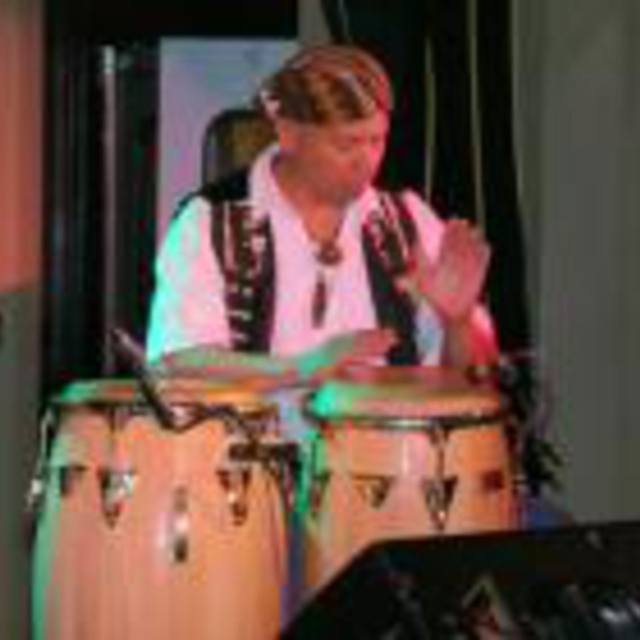 Originally from Hartford, CT. Half African-American, half Puerto Rican. Began playing hand drums/percussion instruments in the early 80s. Started out on congas, bongos, and timbales, then moved to various handheld Afro-Carribean instruments such as the shekere, berimbau, tamborim, pandiero, quiro, and quica, as well as various bells from Africa and the Carribean. Started playing West African djembe and accompanying percussion instruments in the early 90s. Very into traditional rhythms, drums, songs, and dances of Cuba and West Africa, specifically Senegal, Guinee, and Mali.