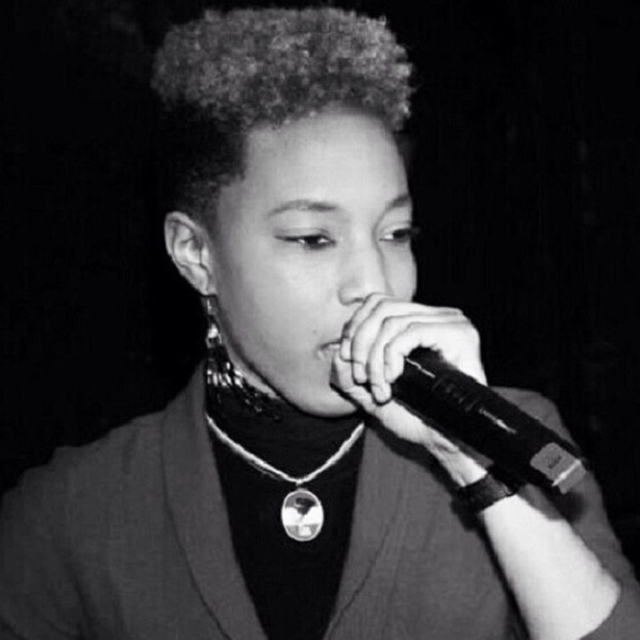 Eccentric, flamboyant and an creative old soul is probably the best ways to describe Kamilah "Strangé" White. Born on April 13 and raised in the Brownsville section of Brooklyn, New York. White spent majority of her life as an only child traveling across the world, being apart of Alvin Ailey's dance company, playing basketball and also taking on piano lessons shortly after. White just like any other preteen had a very hard time socializing with other children which led her into writing journal entries at first . Due to White's mothers demanding career she rarely had a chance to spend time with her and develop a normal "mother/daughter" relationship. White's grandmother ultimately continued raising her on her own. K.White's grandmother vinyl record collection really helped expand her horizons when it came to her musical preferences. With a wide range of music from Phyllis Hyman, Minnie Riperton, Charlie Parker, The Platters also the Isley Brothers, White's grandmothers taste in music helped influence her into writing songs. Her very first experience on stage was at the age of 10, at her school Ebenezer for their Teacher's Appreciation showcase. It was within that very moment K.White has found her true calling. By the age of 13, K.White managed to write, produce and also record 18 songs just using her Radio Disney's Music Mix Studio program for her very own demo tape going by the moniker Lil' K. Her love and passion for music grew much stronger by the time she entered High School. Dropping the "Lil' K" name then changing it to MC Lyric, when her obsession for the golden era Hip Hop has grown rapidly. Before finding her own sound she started to imitate female pionners MC Lyte, Queen Latifah and TLC when it came to working on songs for her page at the time. K.White's participation in her school plays and talent shows has really helped nuture her craft but when it came to her music, but only a certain amount of people could relate. After graduating High School, White struggled figuring out what she really wanted to do and persue. Music was not just a hobby but a career goal for White. So while on the quest of finding herself as an individual it has contributed a lot to the content of her music, several references of her dark past, self esteem issues, her journey to womanhood and also the evolution of Hip Hop. You can say the year 2011 was the year of reinvention for White, she has continued to hone her skills working on her future music projects, networking with event coordinators & is now working on her first LP due to release early 2015.

None at the moment only my voice.