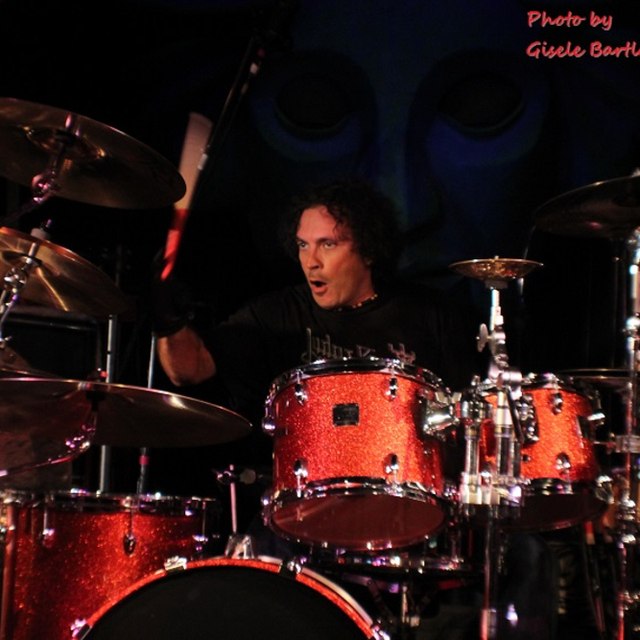 If you want a good, solid drummer for a recording or project, let me know. I can record good quality drums in my home studio.
kamran.vaziri AT g mail (dot com).

I consider myself a drummer first, and a singer a distant second. Most of my gigs and experience have been on drums. I can sing some backup vocals while playing drums as well.

Past bands I have worked with:

The XDivine - Original band, influenced by old school punk, garage and new wave, with a touch of Sabbath and Zombie thrown in. I recorded some demos with them and played some gigs.

Freak of the Day - Original metal band influenced by old school metal like Metallica, Judas Priest, Black Sabbath, etc. I have recorded songs with them that you can find on this page... Primevil, Dance with the Devil, Annihilation, Rise of the Ancient Gods.

Steve Bello Band - 3 piece original instrumental rock/funk/prog band influenced by Zeppelin, Rush, Black Sabbath, Deep Purple, Living Colour, etc. I gigged with them, most notably opening for Lynch Mob. I also recorded one new song with them called Quicker Than The Devil. You can hear it here.

Check out some of my audio and video clips!

I'm always up for networking and meeting new and interesting musicians.

If you wanna say HI, you can contact me at Kamran.Vaziri g mail DOT com

I'm really into anything as long as it rocks and grooves! I listen to everything from The Cure to Megadeth to ZZ Top. My biggest playing influences though come from the classic rock and hard rock of the 60s, 70s, and 80s. Of course, a lot of the newer rock is cool too, like Foo Fighters, Sevendust, Shinedown, etc.