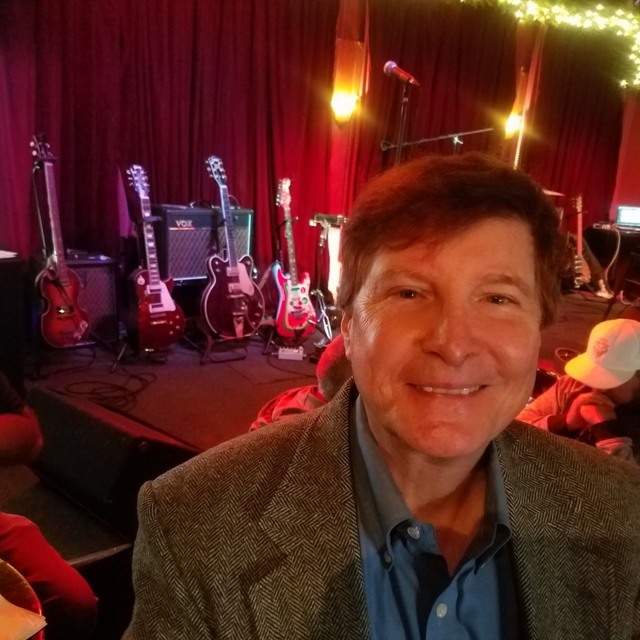 Multi-instrumentalist - keyboards and guitar. I know over 60 Beatle songs from Meet the Beatles through Abbey Road.
You can hear samples of both keyboard and guitar although the sound quality is not too good on most of the recordings.

Tenor Vocal Range G2 - B4. Harmonies memorized and more in progress. Can sing lead but not the screamers. Can do George, John or Pauls' harmonies (up to B4).

Guitar: Studied Folk and Classical guitar at a young age. (Can finger pick). The Gretsch Country Gentleman is my fav George guitar. I use vintage gauge strings for the early George sound. Not a fan of the Rickenbacker 12 string but i have one for use on 7 songs. Cany play by ear but learn much faster with guitar tab and traditional music notation.

Keyboards: I read music (5 years of classical piano) as well as guitar tab and use the Beatles Complete Score. I have two keyboards on a tier arrangement.

Love the Beatles music and have a strong motivation to faithfully contribute to reproducing this fun music live in both a trio format and 4- or 5-piece full Beatle band. Also like 60's pop and rock.

Interested in musicians interested in working some Sgt Pepper era songs. I know some of these songs are difficult to impossible to produce live with only 4 players; that's why i consider 5 players appropriate for some songs. I am most fond of Paul's songs of the Beatles collection.

I have a few CDs of Beatle jams. Have uploaded a few samples but it is just jam band quality recordings and levels are not set well. Will add some more eventually but you can request specific song samples.

Contact to audition: 714.206.7719
(Beatles bands an upbeat clean 60's pop-rock and folk/Americana/Lounge only. I don't do songs with evil lyrics and do not associate with anyone who does drugs. Professional, down-to-earth people only, please.)

Currently jam with a Beatles cover band as others' schedules permit. I no longer have to work for a living so have the time.

I practice daily - you have to keep them all memorized but i still use lead sheets to assist memory on some songs. With over 60 songs it requires a lot of cycling through songs to keep them ready.

Thanks for reading the post to completion.
Look forward to hearing from you,
Keith

Gear is not an issue. Latest new toy is the Godin electric nylon string multiac slim SA classical guitar. Great for a few of ballads and "Till There Was You".