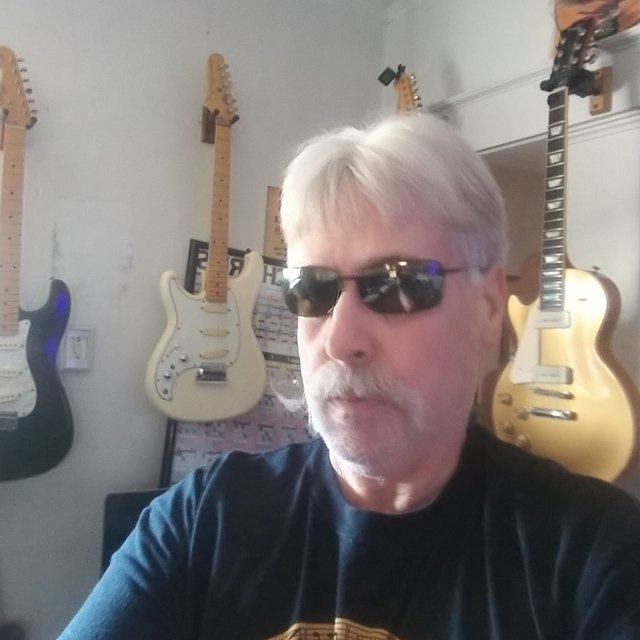 I've played guitar many years, not much with a band, I can learn most rock songs very fast,
I like to just play original songs mine or someone else as long as it sounds good to everyone involved in the band, I'm not trying to be a Super Star, I never played for that reason , but I do still like to play.. I'm from New Orleans originally and have been in Seattle for six years now.

Robin Trower , Eric Johnson, Zepplin, Sabbath, and whatever was playing on the Radio

About 15 electric and Acoustic guitars About a half dozen different Amps
Several different effects.