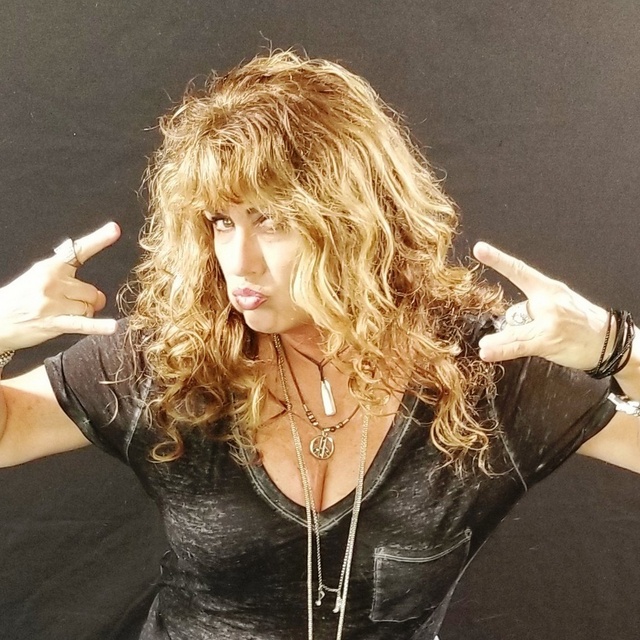 Kelly really likes showing up for an audience. Her dancing ability and knowledge of the show is a huge portion of the power that knocks you out when watching her. Kelly discovered her vocal talents and planted her gospel roots in Church at the young age of 9. Began Piano instruction at the age of 10. Kelly traveled on the road until landing a 10 piece house gig in Jacksonville, later moving on to touring through the entire country on a Marriott, Adams Mark Hotel circuit.

After years on the road she returned to Florida. A band was formed for a famous Miami/Ft. Lauderdale club opening a sister club in Daytona beach. An eight piece hard hitting MTV type top-40 group. Kelly returned to Lauderdale in a house gig at the Marriott Riverwatch. Wherever the most happening band was Kelly would be right in the middle of the action.

Performing in the Tampa bay area for the last several years, Kelly has developed a large following. She is versatile and a commodity in any band because of her ability to play keyboards and percussion. Kelly elates dynamite stage charisma . Her vocal range can cover an array of female artists with different grooves and vocal styles. She is a sight to see and performs with passion, but her unique vocal style is ever pleasing and exciting to the ear.

Vast experience in performing R&B, Funk, Rock, blues and has the experience and nohow to emulate all

Top of the line wired and wireless microphones
Percussion set up with various instruments
Keyboard.
Own some sound and lighting production