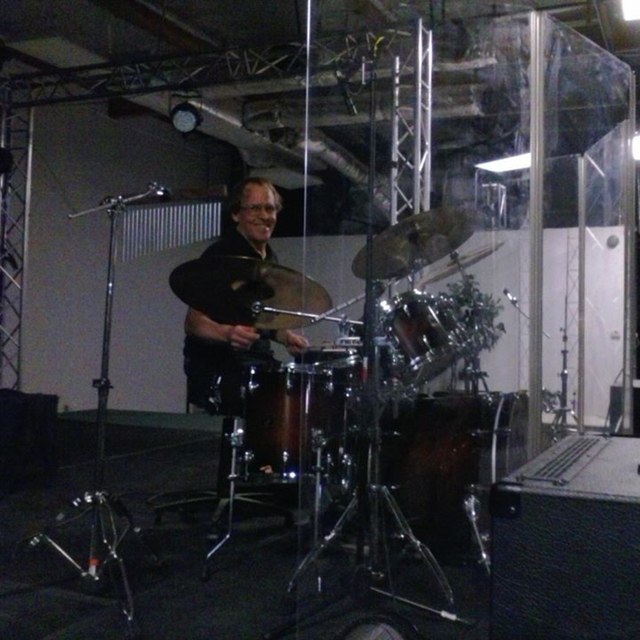 Originally from Albuquerque, New Mexico and a drum teacher for 20 years, Ken has been playing professionally for over 30 years in Arizona, New Mexico and Oklahoma. He owned and operated Harmony House Recording Studios in Tucson, Arizona and Owasso, Oklahoma from 1992 through 2003 . He wrote, produced and released his first solo CD, “Transitions” in 1995 on the Harmony house label that continues to get air-play on stations throughout the southwest and is licensed commercially for businesses followed by three more releases. His influences are Jeff Porcaro (Toto), Hal Blaine (The Wrecking Crew) John Bonham (Led Zeppelin),Charlie Adams(Yanni) and his Mom and Grandfather and all drummers. He enjoys playing all types of music. Ken sings and plays keyboards as well. He is an all around meter keeper and loves to play the drums. Ken has played in groups opening for bands/acts such as Kenny Chesney, Andy Griggs and Kathy Matea. He has played with Crossroads, IIIrd Degree, Blackwater, Riverside, Latigo, Kickin'Coyote , The Outback Blues Band and 60's Bandstand Show.