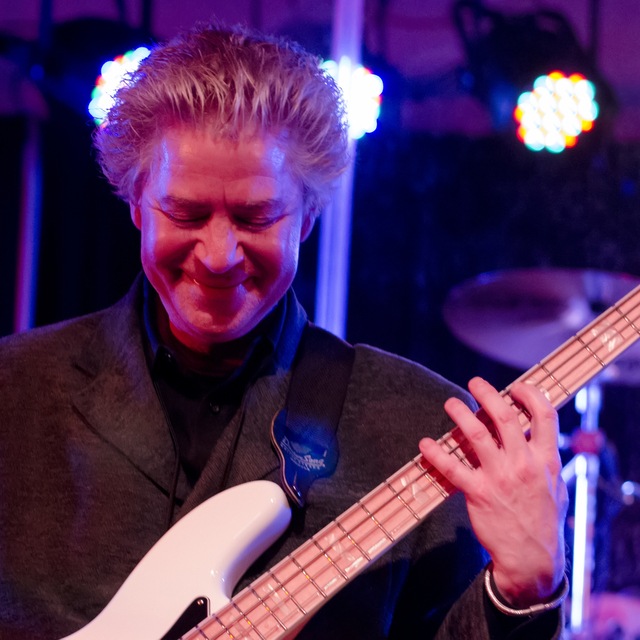 Kent Anderson is a professional bassist who also embarked on a successful career as a ‘record executive’ in the Music Business more than 20+ years ago.

Beginning at an early age, Kent studied piano and trumpet. Playing in a horn band while in junior high, out of necessity, Anderson first took up the electric bass. While attending Roosevelt High School in Des Moines, IA, Anderson played bass in the jazz band, was the recipient of the Louis Armstrong Jazz Award and was the bassist in a successful regional rock band (Ecstasy). Anderson next attended the University of Northern Iowa playing in the #1 Jazz Band and in Water Babies – an acoustic septet. Both the big band and small group won numerous collegiate festivals throughout the country. While at UNI, Kent played in the orchestra and was the principle bassist in the Waterloo-Cedar Falls Symphony. In his senior year Anderson transferred to the University of Iowa to study with the late great Dr. Eldon Obrecht, and had the opportunity to play in the preeminent big band at the university – The Johnson County Landmark. The big band took 1st place at the Notre Dame Jazz Festival and was selected as the US representative to compete in the International Tulip Festival in Amsterdam, where they were again awarded 1st place.

Anderson graduated with a Performance Degree in Double Bass from the University of Northern Iowa moving first to Minneapolis to play in a jazz-fusion group. He then spent several years playing in pit orchestras for numerous American and National touring companies. The discography of Broadway musicals includes such productions as: A Chorus Line, Hello Dolly, Sugar Babies, Anything Goes and Weekend in LA with George Benson and many others. Anderson then became the MD for the R&B septet Uptown Funktion featuring Carrie McDowell. He then transitioned into the music industry, first managing a series of record stores for the nations largest music retailer – Trans World Music Corp. then was offered and accepted a gig as the Regional Sales Manager for GRP Records. After a five-year stint, Anderson relocated to New York as the head of sales for the label. He has also held positions at N2K, Virgin Records and A440 Music Group. In 2006 Anderson founded C Sharp Consulting, where he acts in the capacity of artist manager and serves as a consultant to music tech companies.

Anderson is a voting member of The Recording Academy [the Grammys], an Adjunct Professor at Columbia College, a member of the Music Business Association [formerly NARM] and an Eagle Boy Scout. Anderson resides in Chicago, fronts his own jazz quartet – The Kent Anderson Collective and plays in several other small ensembles and continues to enjoy practicing and playing gigs on both his upright and electric basses.