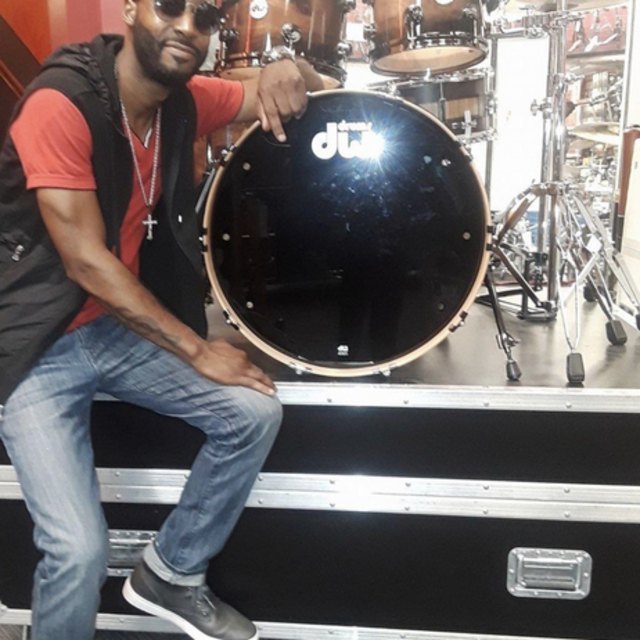 Kevin Ellis "Professional Drummer" from Baltimore, MD who is known for
a deep pocket, incredible feel, and well thought placement. I started
playing the drums at the age of seven at the Full Gospel True Mission
Church under the leadership of Stellar Award Nominee, Professor Wilbur
Belton Jr.

In 1995, I began studying at Baltimore’s Frederick Douglass Sr.
High School, an institution with a reputation for grooming
professional musicians and recording artists, such as Paula Campbell,
Maysa Leak, Jazz and Nokio of Dru Hill, Chester Thompson (Phil
Collins), producer Curtis “Mr Bud” Gorham (Blk Mttr Mzk Group) and
Jarod Barnes (Isley Brothers, Dru Hill) to name a few. While in the
Music Careers program, he would study with William Goffigan, and be
exposed to a wide range of music that would expand his playing beyond
his gospel foundation. He would test what he learned at Larry
Stewart’s Place, a local jazz “hotspot” frequented legends such as
Dennis Chambers, the Grainger Brothers, and bass legend, Vince Loving.