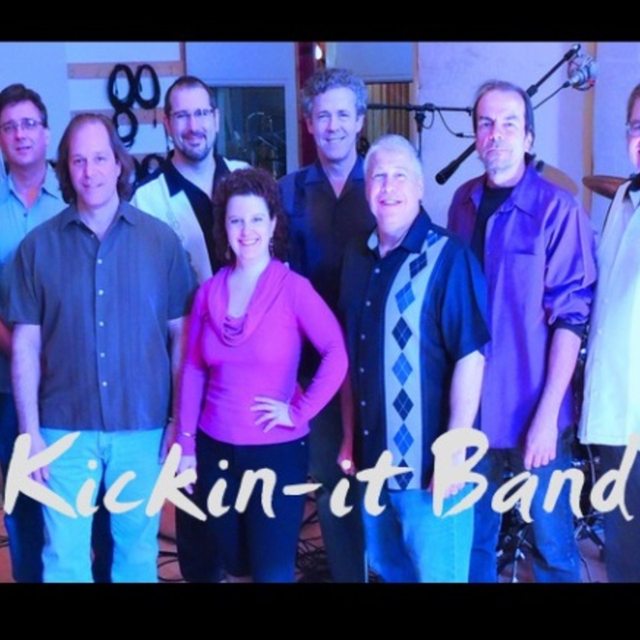 One of New England's most successful producer/performers of A circuit show bands. Just moved to Florida from greater Boston area. Please sample My last R&B/Funk gig band," Kickin-it Band", live studio CD here on my page to review or on Amazon, I-Tunes or CD BABY
I will do a few fill in gigs, but prefer pro funk/R&B jams or studio sessions with seasoned pros only. I want to curb my past R&B/Funk/Cover gig band run since 1982, but still keep my chops from rusting and just have some fun.
Please check out my last band CD samples on this page, CD BABY,I-Tunes or Amazon. You can sample some of my/our work here or to get the full effect of the many horn solos I incorporated into these Funk oriented, jazzy arrangements by going to Amazon. ITUNES or CD BABY and search for;
Kickin-it Band, Y-Not Funk It Up! I am a huge jazz/funk/R&B fanatic, I am well known throughout the NE music circuits as one of thee top show band producers in New England. Having my degree in Business Management led to a day job by day and music gigs by night, leaving much of my career to having two jobs most of my adult life, gigging five, six, sometimes even seven nights a week back in the 80's and 90's when large show room venues were booming. In addition to Kickin-it Band, I have produced and performed in several premier "tier one" show bands such as; Fifth Gear, Band 2000, Ten Band and The TNT Band, who appeared regularly, spanning over three decades at most of the largest showroom venues in all of New England. In addition, I have also performed as a member of other premier New England acts such as; Starfire, Sunshyne, LiveWire and Smokin' Joe and The Henchmen, performing a total well in excess of twenty-five hundred gig nights over my musical journey. If your a seasoned pro into the same funky, jazzy stuff, drop me a note, Lets jam !!!