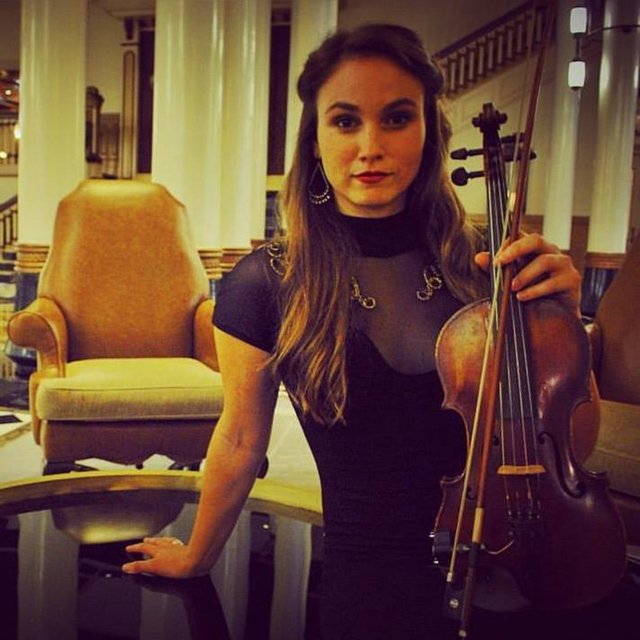 My musical interests and experiences are all over the map. Literally...

DENVER
Right now I am taking vocal lessons and working on songwriting with a few musician friends. I am most interested in being a part of a collaborative band and participating in songwriting, singing, and playing. I moved to Denver a year ago after touring to India with Denver musicians in a project called Bluegrass Journeymen.

INDIA
I played music in India on a 6 month contract with an event/music management company. I performed Bollywood music all over India at weddings and events with an international trio. I even have a cheesy Bollywood be video with 6 million views and a bunch of hilarious comments.

I helped start a collaborative girl band(that's always been a dream of mine) called Ladies Compartment after the female compartment on the local trains. I shared my American roots music with their influences of blues, jazz, and Indian Carnatic classical. They are still performing and I have played with them on my last 2 trips to India as well. Look up their music! I brought my

AUSTIN
I played fiddle in Austin on and off for a few years between 2014-2016. I gigged with various singer/songwriters and bands...mostly within different styles of country, Americana, folk, and roots music...there was that one awesome Flamenco show though!

I was never full-time in one band, but gigged with many different musicians and frequently with:
Garner Sloan
Anthony Ray Wright
Grace Pettis

(I am lucky to call all these fantastic musicians my friends, and I love to share their music - look them up, go see a show!)

Booking/PR: I also dabbled in the music business side, booking shows and tours and am interested in continuing this work, more on the side of promotion and PR.