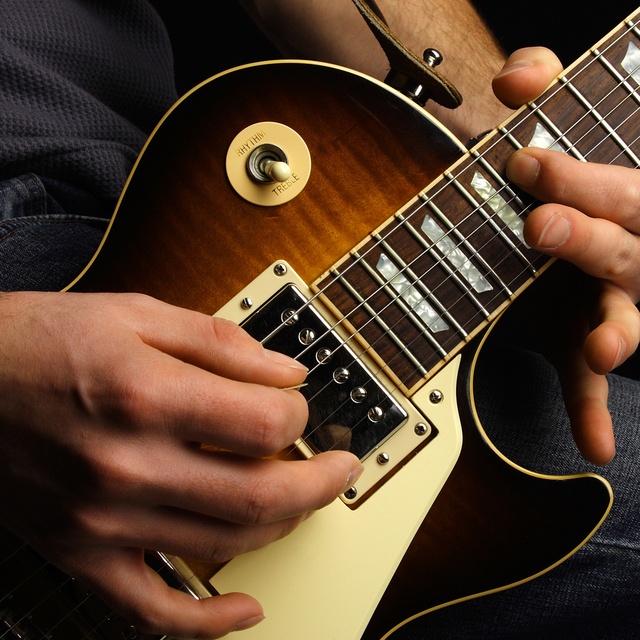 I played in jazz band in high school and played in a blues and cover band.
Then I had a swing band.
Then I played in bands that were psych rock, garage rock, stone rock, indie rock, spacey/shoegaze, and folk.
I lead a Bowie tribute that play too often. I do the Ronson, Fripp, & SRV parts.
In July '17 I was Fripp in a King Crimson tribute.
I also led an Elliott Smith night playing all of the guitar parts.
I've also played synth in pro and indie bands.