Kaiya On The Mountain + Band in Asheville, NC 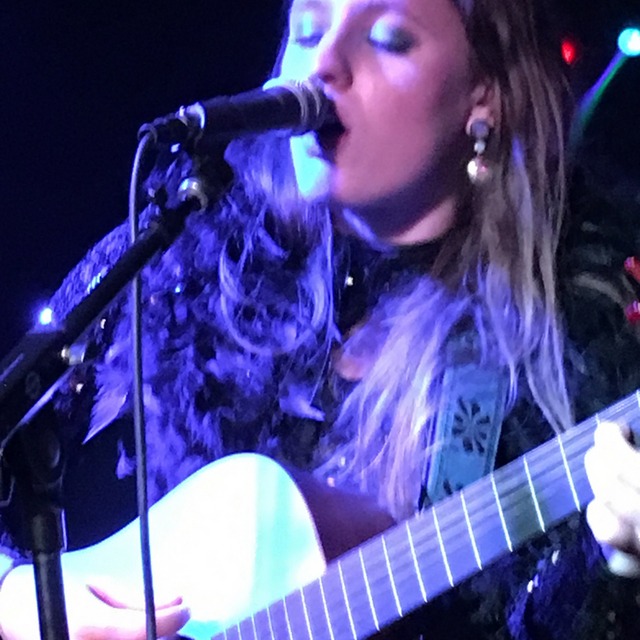 Kaiya On The Mountain is one of the most promising bands to emerge in 2016." ~ Luke Neill PDX Spotlight

If Florence & The Machine and Fleetwood Mac had a baby, Kaiya On The Mountain would be their love child.

This Portland Oregon based folk-rock band consists of singer-songwriter Kaiya Pelletier, guitarist Justyn Lewis, basist Matt Haugen, keyboardist Jack Lund and drummer Liam Walker. Kaiya started as a solo artist, with a strong presence on be and over 1.5 million views on her channel.

In October of 2014 Kaiya self-released her debut EP "Full Of Creatures", which was produced by Adam Selzer and featured Blind Pilot members Luke Ydstie and Katie Claborn. Shortly thereafter, she began putting KOTM together by pulling members in from Craigslist ads. In the beginning, the members would go to Fire On The Mountain to eat after band practice and that's where they came up with the name Kaiya On the Mountain. To help build their name and following, the band kept a very busy schedule in 2016, while performing over 50 live shows. Additionally, much of 2016 they were in and out of the studio working on their debut EP. In the latter part of the year, the band released two singles, "Karma" and "Risky" and on November 18th, 2016 "Talking Wild" was released and is available worldwide. In 2017 the band looks forward to a West Coast tour and releasing their debut LP.

Kaiya On The Mountain is a vibrant collection of genres that brings the best of folk-rock, singer-songwriter and jam-blues together in one captivating project. This eclectic sound is delivered in a high energy live performance filled with emotion and raw talent. This youthful band has the music, the energy and the looks to back up their passion. They put on an unforgettable show and they're all no older than 24. So if you like alternative folk-rock music with a southern flare, stick around. You might just fall in love.

Everything. We are all unique in the genres we pull from.