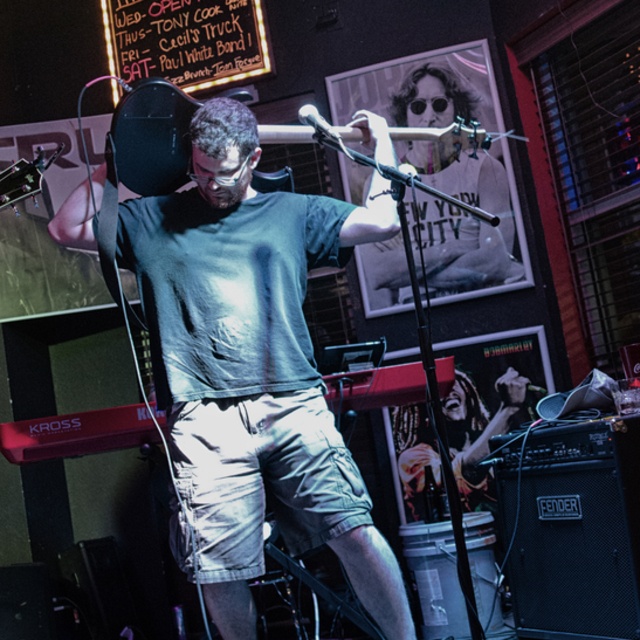 I’m a bassist looking to form a band. I’ve recorded an EP and have several songs written. I’d like to tour and take it as far as it can go.

My current band is great but it’s hit a standstill. The waiting around is killing me and I’m ready to make things happen.

I’ve got several amps, several acoustics, several electrics, and several basses. I have a mic and mic stand, cables and myself.