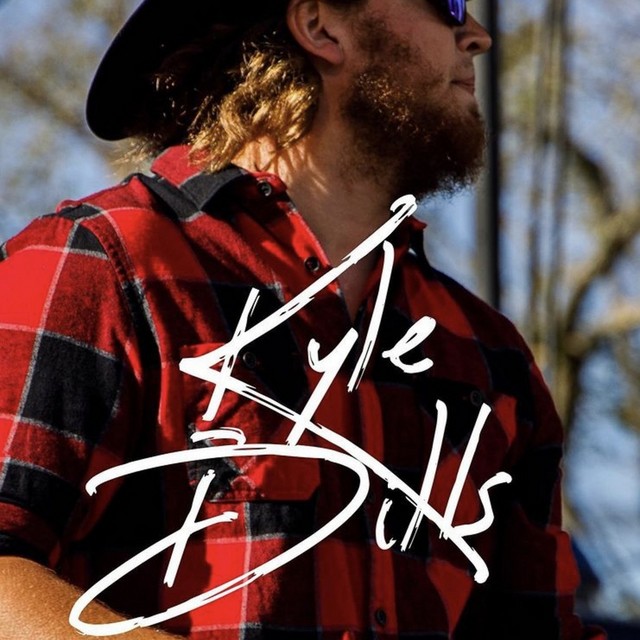 Kyle Dills was raised up running the countryside of Rock Hill, SC. Riding horses, hunting, fishing and music were a few interests in the rural areas of York and Chester Counties. At age 8 Dills discovered his love of music and began singing in local bars around York County. Soon after he move on to performing duets and solos. Being exposed to Country Classics and Bluegrass all his life; his love of music also expanded to Southern Rock.

On July 27th 2015 however Kyles life would changed forever. His grandfather lost a longtime battle with cancer. Being one of the most influential people in Kyle’s life.

Playing with his custom made guitar strap with “PISTOL”(a nickname given to him by his grandfather).

The rest is now history. Playing up and down the east coast and Nashville, Kyle Dills has shared the spotlight with country greats from Tracy Lawrence,The Steele Blossoms, Lonesome Dove, Ryan Trotti, Charles Farley and more. Kyle had the honor of being invited to Atlanta to try out for American Idol in 2017 and 2018. Performed at the Carolina Country Music Fest (2019). And recently was Nominated for Best Male Vocalist, and two other catoergories by the Carolina Country Music Assocation. Kyle Dills is now the hottest thing coming. His Hugh entertaining shows are loved by all.
Check him out on other social media.

Kyle’s greatest influences have been his family. Especially his Grandfather. Being an old cowboy himself, Kyle’s Grandfather introduced him to hard work, a man’s word is his bond and to “cowboy up”! Through this and mucking out horse stalls Kyle was introduced to the classics of country and western music. And at time bluegrass. Now Kyle’s Dad would have a hand in the southern rock, metal and country music as well.
At a young age Kyle wanted to sing with his Dad in church choir. But being to you he was told he would have to wait. Again the old “cowboy up” stirred in him and ever Sunday and Wednesday Kyle would approach the Pastor with the same idea that he wanted to sing. Finally at the age of 8 years of age, Kyle became the youngest member of the Gospel Light Baptist Church in Rock Hill, SC.

Upon the death of his Grandfather in 2015. Kyle sought out his dream to be a Country Music singer and make it in Nashville. His Grandfather left him and his brother a small savings bond as an inheritance. So with $6000 Kyle went and bought second hand mixers, PA’s, amps, guitar and other needed equipment. This former high school baseball star had decided to follow his dream. It’s said that he was asked why the sudden change. Kyle responded “It’s something I’ve always wanted to do first of all. But I remember a time PawPaw and I were riding somewhere in his old truck. Listening to Hank, Waylon or someone. We were both singing up a storm. After the song went off PawPaw looked at me and said he wanted to hear my voice coming out of that radio some day.”