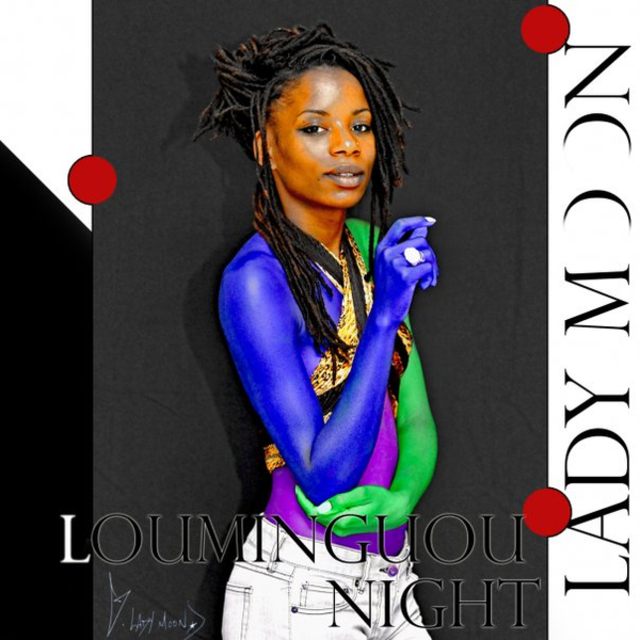 I am Lady Moon also known as Ngonda Badila was born in Paris France and raised in a performance arts and theater company called "Diata Diata International Folkloric Theater" founded by her parents in Paris 1985. Since the age of 6 I practiced traditional Congolese and International song and dance. At the age of 12 I received a diary initiating the begin of writing poetry, and by 15 singing my poems. I am 1 of 10 siblings, all who represent the arts in their own unique style.
I have had the privilege and greatest opportunity to learned family values and community dynamics. These essentials have always been a priority in life especially when the company became family based after moving to Hudson NY in 1997. Here performing became a job of touring and performing traditional Congolese folklore in schools, Universities, exclusive events and festivals throughout the east cost. As my parents were both self employed artist, income depended on the families artistic efforts, talents, and skills.
After receiving my Associates in Arts at Columbia Greene Community College in 2007, I spent three years committed to community youth projects/programs with a number of non-profit organizations including TSL and The Hudson Opera House; the founding of Lady Moon and The Eclipse music group and other collaborative music projects including, "NobodyParts'. "Lady Moon and Earth Blue" Moonlight in Paris"," NRG People", and "Internash".
In 2010 I Decided to go back to school to receive my degree in Music and Dance at Hunter College; where I recently won Hunters Got Talent in the Spring of 2012 giving her the opportunity to open for Hip-Hop rival WALE and a Spotlight debue on Bet 106&Park. I currently manage to lead and collaborate with various bands and projects such as "MoonRyder", "Lady Moon and The Eclipse", Black N Gold, Loumingou Night, and Male Room; as well a singing background vocals for numerous artist.
I uses my Congolese, Parisian, and American background to create both unusual and common melodies in my unique and unconditional sounds. I am a collaborator collaborating with various artist, musicians, dancers, and poets. I write about inspiration, songs to enlighten and bring out your moods and emotions. My style is a mix of soft opera, R&B, funk, jazz, soul, and rock. Music was always available and freedom of expression never judged but encouraged in the Badila home. With this being said I never lived in a box but walked with wings and an open mind in the world of music. This is what makes me unique.