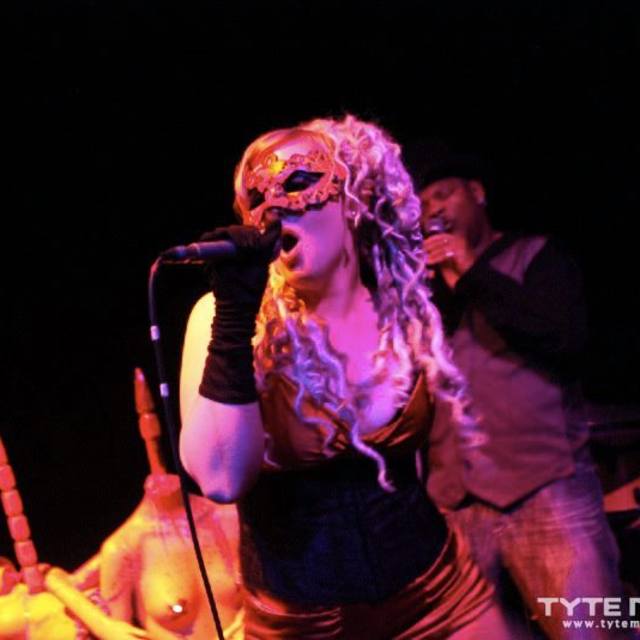 Lainey has been singing since she was young and has been involved with musical theater and choirs throughout elementary, middle and high school. While at Ohlone Community College in Fremont she performed with the Ohlone Chamber Singers, where she developed an interest in opera and took voice lessons with Janet Holmes. During this time she was also involved with Ohlone's Jazz/Rock Combo Class where she learned how to perform with a band. She and Ohlone classmates formed a punk band together named Ruptured. When that band broke up three years later, she became the operatic singer for a well-known "Gothic Hip-Hop" group, Kung Fu Vampire from San Jose.
Her eclectic taste in music led her to graduate with a B.A. in World Music and Cultures at San Francisco State University in 2012 under the teaching of Hafez Modirzadeh. Choirs and projects she participated in while at SF State include: The SFSU Chamber Singers, Jazz Choir, Afro-Cuban Ensemble, Creative World Ensemble, Aava (Persian fusion), and UniverSoul (new-age, universal concept band). During her time at SFSU she also began studying Eastern European folk music with former Kitka member, Lily Storm, and continues to take classes with Lily, as well as Kitka, in Berkeley.
Lainey is currently a voice teacher at the Guitar Center in San Mateo, California. She teaches her students about proper breathing techniques, achieving a better tone quality, stage presence, and overcoming stage fright.