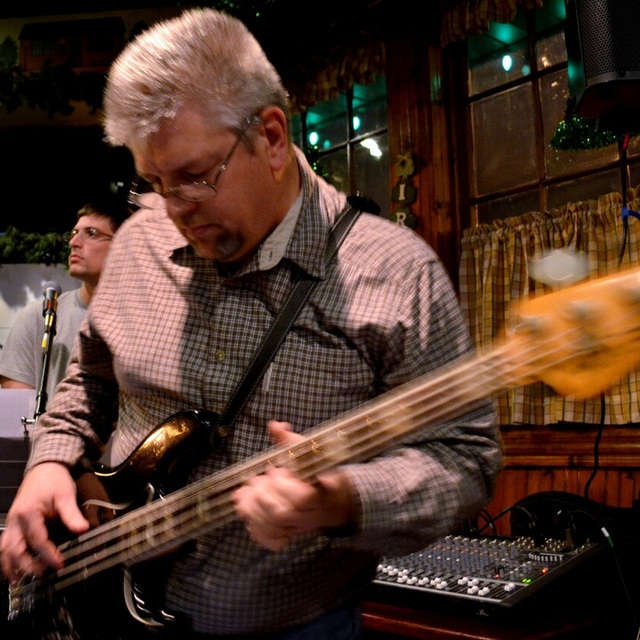 Looking to play out occasionally, practice once a week.

This will be fourth time there and third time playing in the opening band.

Great group, with 3 new players to fill in for missing band members.

Gathering of musicians to play classic rock and blues at outdoor event:

Braved the rain under carport with canopy.

Some of the Set (random order)

Leopardskin Pillbox Hat
In Memory of Elizabeth Reed
Honky Tonk Woman
Something
Ticket to Ride
My Girl
Lay Down Sally
Ballad of John and Yoko
Come Together
Mrs Robinson
Glendale Train
Brown Eyed Girl --> Wild Night
I Feel Good (bass, drums, sax and trombone)
Little Wing
Revolution
Taxman
Love the One You're With
My Baby Wrote me a Letter
Load Out

This was a "powered" rehearsal with performance level amps and all "Electric" Tuna.
Note: Remember capo (for Genesis, Never Happen No More) for next time.

Candyman (6 minutes, 1x, great one time through to get timing, solo on newer instrument & with accompaniment)

I See The Light (12 minutes, 3x, three good takes, each strong with workout of different sections)

Review of solos, where to break up song (riffs, etc), where to add "drama".

Filled in for out-of-town bass player. Great session in Stamford CT with two guitarist, keyboard player and drummer. Bass player was out of town and was asked day before.

Set list (not in any specific order):
After Midnight
If Not For You
Key to the Highway
West L.A. Fadeaway
Last Lonely Eagle
Let it Bleed
Leopard skin pill box hat
Melissa
Miss You (impromptu transition)
Deep Elemental Blues
Nobody Loves You When You're Down and Out
Moondance
Deep River Blues
Come Together
Crossroads
Eyes of the World
I Shot the Sheriff
Honey Don't
Torn Up
I Shall Be Released
Ripple