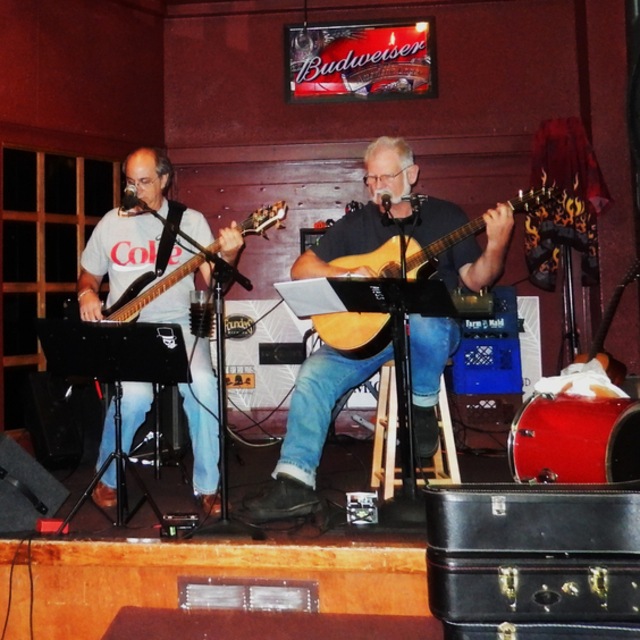 The LA Experience is a two man musical band perfect for smaller venues. Larry Pless and Al Perrotta started playing together back in 1971. After many years playing separately they have joined up to create a seasoned musical duo. The L.A. Experience plays a nice variety of song centered on the original music written by Larry Pless. Genres include; folk, folk-rock, blues, country,soft-rock and a little of this and that thrown in for flavor.

The L.A. Experience uses powered PA speakers so that the mix can be run in stereo and each speaker can be EQed for the best sound. Al Perrotta plays a 5 string Rouge bass through a Acoustic amp head which is also ran through the PA. Larry Pless uses several different guitars on stage; Bread love Pro d-25 acoustic, Lag acoustic/electric, Alvarez 12 string, Alvarez classical guitar. A foot drum is incorporated into the mix and a special microphone allows the harmonica to stand out in the mix.