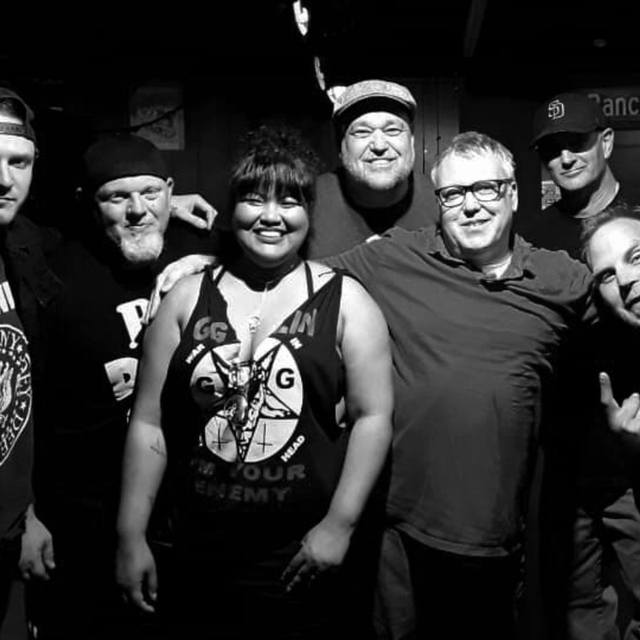 Last Option started in the East Valley area of Phoenix, AZ circa 1986. And Blazed a trail of Hardcore carnage until its demise in 1991. For a band around for a short period, Last Option left a lasting impression on a generation of Southwestern hardcore kids. With a Demo, 7” EP, and a 12” LP released in Europe, on In Your Face Records, Last Option reached a much wider audience outside the 3 state area.

“Thundering out of Arizona is a sonic blaster band that goes by the name of Last Option. This seven-inch EP reminds me of the early Dischord days, namely stuff like S.O.A. and Youth Brigade. Hungry, gritty hardcore that is forceful with stamina, raw with desire, and youthful in its angry approach.” - Pushead/Thrasher skateboard Magazine

After being reviewed in Thrasher magazine and played on the BBC1 John Peel Sessions on February 27th, 1990, and opening for acts like Bad Religion, Social Distortion, Youth of Today and more prominent punk acts of the day. Last Option solidified itself as a bona fide Hardcore act in the late 80’s and early 90’s. Due to stress from work, school and scheduling conflicts, the band disbanded in late 1991.

Jeff Bowers, the vocalist in Last Option, and Dave Schaller, the 6 String mastermind behind Last Options “tuneage”, got the ball rolling after a chance meeting at a punk show in Orange County. After several meetings, lunches and the resurgence of interest in 1980’s hardcore, the two decided to lift Last Option out of the ash heap, and revive the carcass to see how it would hold up to today’s scene.

Rounding out the rhythm section is Rob Miller on drums, longtime friend and Last Option fan. Dave and Rob played together in a San Diego based band together, shortly after Dave moved to San Diego in 1991. They maintained a long distance friendship for years as Rob had moved away to pursue other musical avenues. Through an exhaustive search, auditions and several failures, Mike Sayers saved the day with his Bass playing grace. This perfectly crafted Sonic Cocktail was now on its way to the studio.

The band began rehearsals in January 2019 and look forward to playing in late winter, early spring 2019. Though our roots are in Phoenix, our music was always inspired by the Southern California hardcore scene. That coupled with the band now being based in San Diego, led to our new slogan “West Coast Hardcore.”

We’ve a had a great time once again playing these songs and hope others are similarly excited about the opportunity to hear them again or for the first time. Last Option’s plans for the future, include playing Las Vegas, Phoenix, Orange County, Los Angeles, and getting into the studio to lay down tracks for a future release. In the meantime, we’ll be hitting the pavement and bringing our brand of Authentic Old School 80’s Hardcore to San Diego!