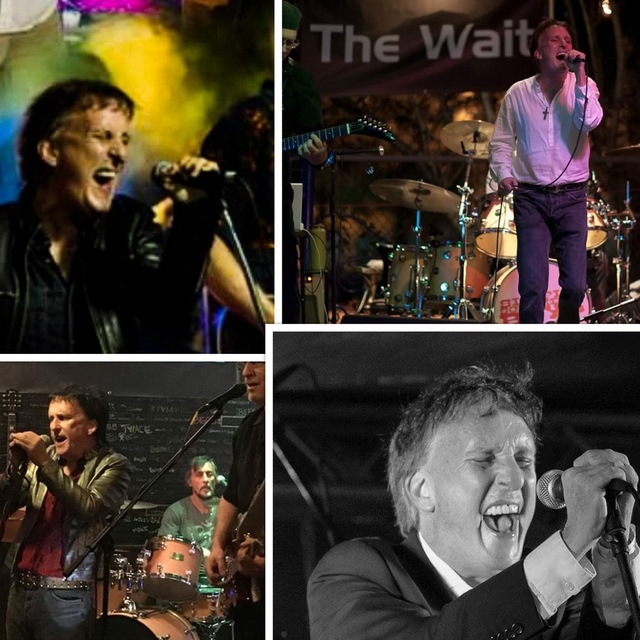 I am an extremely experienced lead singer and writer with a great voice and performance style and great attitude for the past 30 years.

My genre has essentially been Alternative Rock to mainstrean Rock with a bit of Pop mixed in.

I've was the lead singer for Real Cool Traders which had a national record deal... and in my life I've fronted for some amazing bands....
I've probably been in seven or eight bands all together in my life as there has rarely been a time when I didn't play.

I just finished 150+ reunion shows the past few years or so with a band orginally out of Boston that I used to be in called The Wait and in the past 2 years 2018/2019 I've had three singles out 2 of which charted in the top 20 nationally on ReverbNation's national rock charts with that band.
BUT THIS YEAR 2020 I am intending to form a great U2 tribute band.

***And I'm looking for the right players.
Guitar
Drums (and a multiplayer keyboards rhythm guitar background vocals for live support)
And myself lead vocals.

I'm extremely well-versed and schooled in the band U2 the music etc and I personally love it too.

So I'm confident WE would be an excellent band..

I'm very easy to get along with and am committed to the success of anything I do musically as long as I'm dealing with people who feel the same.

Once the band is together and rehearsed I will also have a hand in booking....got a lot of good contacts especially for tribute acts and the great thing about tribute bands and shows is every show is always a great show because the fans that come are more dedicated fans and they love the music too.....and as you probably know tribute acts typically make more money than a regular cover band...
And typically they got to play bigger and better shows..festivals etc....

AND U2 MUSIC IS A GREAT DRAW.

If you're a good player and you like or love U2 and are willing to learn the material even if you don't know it then I definitely want to talk to you.

My thinking is we're going to cover the band from their first album all the way up through mid 90s.

I'm not concerned about looks or age as much...as long as you're committed to the material and playing it wonderfully and as long as you really like or love U2 and have a great attitude and desire to succeed..

I'm NOT looking to form a "Disneyish U2 replica tribute show band" though.

While we will definitely have the same style.. and attitude and performance of U2 the idea is to pay tribute to the music and to the band and to the audiences that love them like we do.. which forms a much better connection with the audience than just trying to be a pretend replica band.

It's the essence of the music and the show that's incredibly important.

So contact me let me know who you are and let's talk....