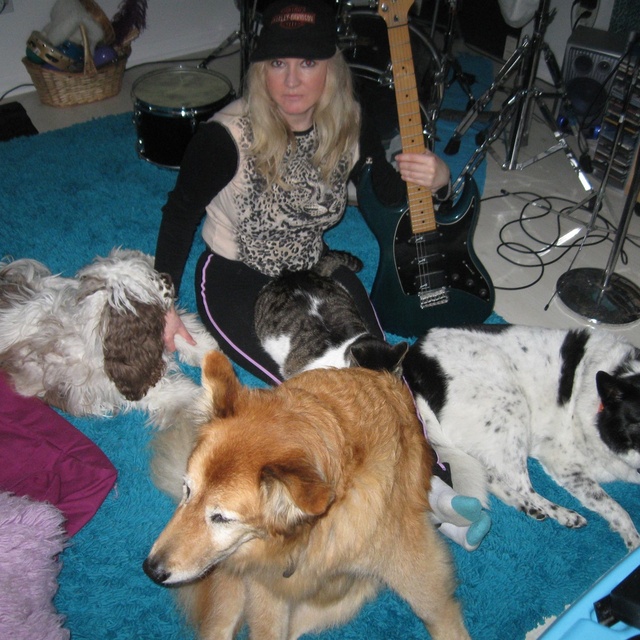 Founder and lead vocalist Lea Lewis of FORTE had been a closet singer til at the ripe age of 50 years old decided to actually come out of the closet to perform with her husband Steve, and friends/bandmates starting with a tribute/ fundraiser for Steve’s brother Kevin, who had passed away in 2012.
shortly thereafter, were honored to have been the opening act for Legendary Jazz performer, The Steven Weakley Band-including Lawrence Clark, Jonathan Wood, and John Hurst.
Having since primarily played at the majestic WRYC (were the only band to play for the 40th Anniversary for the WNAP Raft Race), played at the Porchfest in 2016, are as well available to play private parties.
Lea had been influenced by music since the age of 6 years old, attending rehearsals as her drummer performing now late father, Jerry Lee Jordan had been part of a house band at the late Lamplighters Inn since before the late 70’s with former bandmates of the Lanny Hartley Trio (including Wanda Stafford), (and also the late Jack Phelan, the late Terry Dole, Steve Woerner, and Steven Weakley, as well as having performed with the late great Wes Montgomery. Although primary influences were with jazz, Lea appreciates and is moved by most genres of music. Along side hubby Steve, who since accompanies as the lead guitarist, performs covers stemming from 60’s artists and songs to current, from Lulu to Adel. Attributing bandmates are Johnny Arnold, Ernest Byrd, (former drummer the late Mark Ridout), Mark Caraher, Matt Stokes, Gar Flack, and also Brent Gillespie, Kevin Crenshaw, Tim Hill, Jerry Boring, and Keith Kindsvatter for open jam sessions also. Besides having supported Move to Act s://./mvtoact/
FORTE members are known as being staunch supporters of Animal Welfare. Also, Lea is known as the “Substitute Singer”, as can fill in for anyone last minute. Let Forte be your forte! Also am seeking to also be guest singer with other bands, substitute, projects.