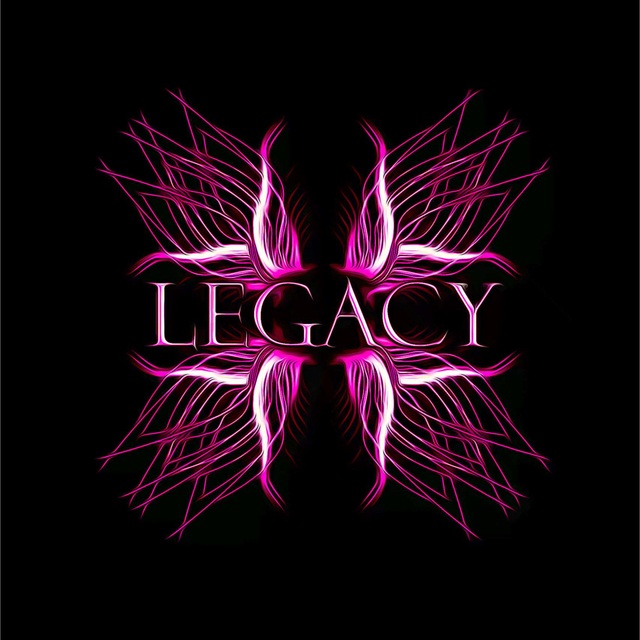 Legacy is a hard rock band from Dallas, Texas. Comprised of some the most talented and meticulous musicians in the industry. With their modern hard rock sound guitar shredding style and mélange of the 80’s and 90’s; it’s easy to see where each individual got their influences and playing styles. They have taken their music to the next level and have created something uniquely LEGACY. Their constant evolution of their unique but highly popular sound, as well as their stimulating stage performance makes them a band that is always entertaining.
Scott A. Sereboff - Lead and Rhythm Guitars
Scott has been with Legacy since 2014, having joined the band after a short stint with Steel Machine (a local Dallas band that also produced Legacy's former guitarist Jody Rummel). Scott has been playing the guitar for the better part of 35 years, and cites as his main musical influences Alex Lifeson, the dual threat combo of Dave Murray and Adrien Smith, and guitarists from the progressive metal movement such as Michael Romeo and John Petrucci.

Scott's amplification is Diezel (Lil' Fokker for rehearsal and VH4 for stage and studio work) and he uses D'Addario strings .10-.46.

Scott is also a passionate guitar collector, who has managed to see his arsenal of guitars grow from a Westone Pantera purchased in 1983 (this guitar has since been turned into a painted homage to his family, featuring the art of Mike Learn and stylized superhero images of his wife, two kids and parents)
Jimi Arnett – Lead Vocals
Born in Arlington Texas, Jimi went to south Grand Prairie High. With his love of music and unique vocal style, he was destined to be a front man. After playing in a few bands over the years, including being the lead singer of ASKA in the beginning, also the band EDEN, JOKER, NO-PROB, all in the early days!!! He then hooked up with a band SEVENTH VEIL for most of a decade, also played in east Texas for a few years in a band called TRI THEORY bass and lead vocals, and in Florida with a band called HARD LABOR, and his kids band DELTA VEGA he was bass and backup vocals. Over the years he has had many great shows, opening up for RONNIE JAMES DIO, BAD COMPANY, TESLA, WARRANT, HEAD EAST, and DANGEROUS TOYS and even shared the stage with PANTERA early days and many more!! Jimi Loves many styles of music Loves write songs, to sing, and live music of all kinds!!!

Jimi joined LEGACY the last part of 2015, and feels very lucky to have fallen into another great project!!!

Kenny Sizelove – Drums
Kenny Sizelove has been playing and recording on the US and international rock scene for over 30 years. Starting in 1981 with Black Star, he has toured and recorded with bands such as Stiff, DT ROXX, Eden, Brand New Machine, Joey C. Jones and now Legacy. Always a music lover, Kenny played in his school bands and attended Oklahoma City University School of Music. Hitting the road full time at age 21, and never looking back. Kenny has opened for many top recording artists including Guns N Roses, Quiet Riot, Lita Ford and a countless list of top recording artists. Based in Dallas, Texas he is doing what he does best with Legacy, giving his all onstage and in the studio as well.

Craig Cowsert – Bass and Backing Vocals
Craig joined Legacy the summer of 2015; following the breakup of Lowside; a Dallas based band comprised of former members of Lillian Axe. Artists such as Billy Sheehan, John Myung, Geddy Lee, as well as rock low-end from Ian Hill & Steve Harris inspired his unique playing style. One of Craig’s early bands was with Kenny Sizelove in Roxx Ann / DT Roxx, followed by Outrageous, Kid Coyote, Ritual, Blue World, Driving West and No Respect. Getting the call from Kenny to join Legacy was a no brainer – ROCK ON!!
Chris “Siggy” Siggins – Lead and Rhythm Guitars
Siggy, from Dallas, TX, is the newest member of Legacy. With his extensive background, technical expertise and passion for playing hard rock music brings yet another unique element to Legacy. Bands like Whitesnake, Van Halen, Warrant, Skid Row, and Def Leppard strongly influenced Chris to pick up the guitar and start shredding those bad ass riffs in the late 80’s. His perfectly chaotic cultivated style brings an element to Legacy that is pure perfection.

Dave Murray and Adrien Smith, and guitarists from the progressive metal movement such as Michael Romeo and John Petrucci.
Scott's amplification is Diezel (Lil' Fokker for rehearsal and VH4 for stage and studio work) and he uses D'Addario strings .10-.46.
Mesa / SWR amplification and DR strings