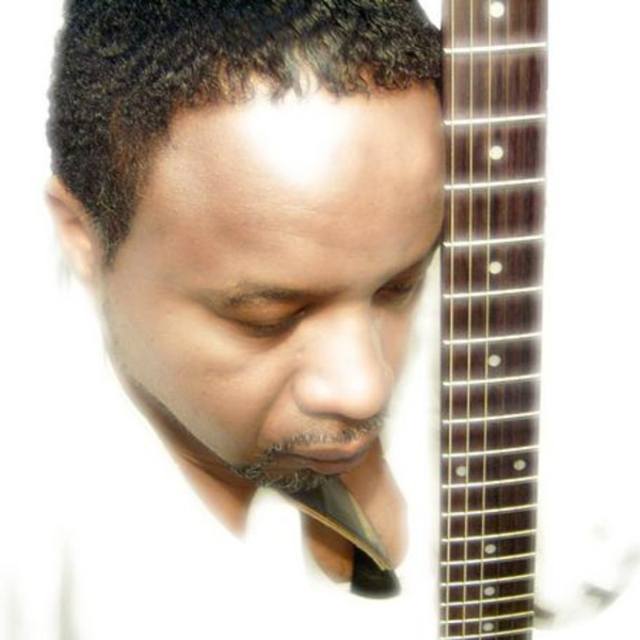 Born in the steel town of Gary Indiana, picked up a guitar at seventeen for forty bucks from a neighborhood pawn shop. Had only heard of Hendrix through friends and bought the very first album he ever owned, "Jimi Hendrix Greatest Hits". Instantly became a fan. Practiced for hours everyday until blistered fingertips became callouses. Relocated to the Philly area at 19 years old. Heard of some incredible guitarist named Al Dimeola from friends. Bought the album "Land of the Midnight Sun". Changed his direction to Jazz Fusion. Moved to Los Angeles at age 20. Realized he was totally out classed by the local jazz guitarist, most of whom sounded like George Benson clones. More hours of practice, gradually developing a sound and then....
Who was that guitar player in "Crossroads" the movie? No...no... not Ralph Machio... he doesn't...the other guy... Steve who? Steve Vai. Oh. Watches a live concert video...G3. Major change in direction. Lendale's sound changing, developing focus...evolving still. Stay tuned.