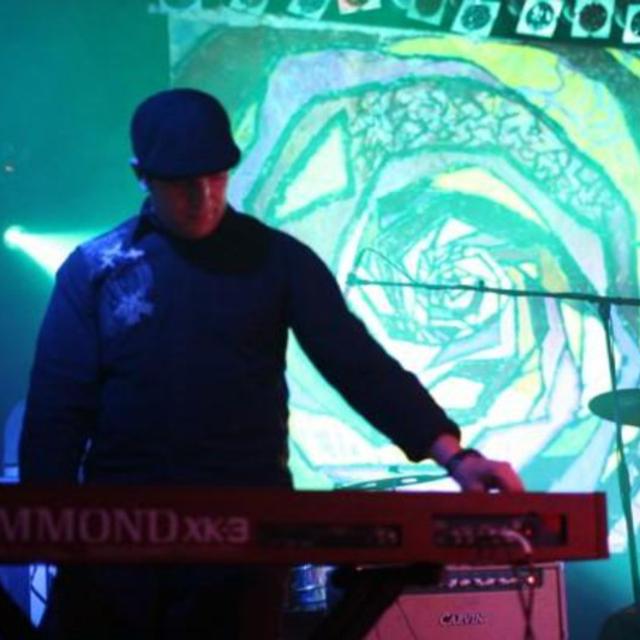 Biography
Levan Lortkipanidze was born on April 25, 1978 in Tbilisi, Republic of Georgia. From 1989 to 1996 he studied classical music (flute) in Georgia at Zakaria Paliashvili Music Gymnasium for Gifted Children (in the class of professor Nugzar Kiknadze). In 1996 continued my studies at V. Sarajishvili Tbilisi State Conservatory. He was awarded the Academic Degree of Bachelor, Qualified as Artist of Orchestra, Ensemble Performer, Teacher.After graduation from the Conservatory I came to the United States of America on the basis of the recording contract with McFarland Brothers Music. In 2002 I continued my education in Delta State University (in the class of Dr. Keith Pettway).In June 2003 I had the greatest fortune to perform the opening act in the Historic Club Ebony for the Legendary B.B. King. The same show was filmed by Robert Muggy titled ”Night in Club Ebony“. From June 2003 until 2008 I played as an opening act for B.B.King and his band in Indianola Mississippi. Since 2004 I have been performing for Morgan Freeman’s Ground Zero Blues Club with various artists.In 2004 I won the first place in the Mississippi Delta Regional Blues Challenge in the band Category, competed in the International Blues challenge in Memphis IBC. In 2005 I was awarded the Blues Man of the Year Awards by Indianola Mississippi Blues Society. The same year I was awarded the Blues Travelers Awards, which was presented by Jessie Robertson. A live album with David Lee Durham “Struggling and Straining” was recorded by B.B. King Recording Studio. On November 12, 2006 I performed together with David Lee Durham at the 12th annual Luzern Blues Festival In Switzerland. I was recognized as the first blues Flutist in Luzern Blues festival. On May 8, 2008 I performed with 2008 W. C. Handy nominee Big George Brocks on 2008 blues Awards, Tunica Mississippi Conventional Centre. In June 2008 I had the greatest opportunity to be a featured artist on B.B. King International blues music workshop with B.B. King and performed on B.B. King Museum Grand opening. On February 24, 2009 I performed on the workshop clinic with Branford Marsalis and Alphonso Sanders quintet.

McFarland Brothers Music - (2000) The McFarland Brothers are a respected American Blues music group. As a musical recording artist, Mr. Lortkipanidze played acoustic guitar, harmonica, and flute. Mr. Levan Lortkipanidze was critical in the development of an album called Acoustic Blues and Americana, Volume 1. As a session performer for The McFarland Brothers, Mr. Levan Lortkipanidze was expected to perform for long periods of time while maintaining poise and the utmost level of concentration
B.B. King and the historic Club Ebony – (2003 – 2008) B.B. King and Club Ebony have been featured in music publications and other media the world over. B.B. King has worked with some of the most familiar figures in the American Blues industry. B.B. King is a prolific American Blues performer and enjoys prestigious ratings and reviews. As a household name, he is widely known as one of the most influential American Blues musicians in the world. Mr. Lortkipanidze played as an opening performer for B.B. King (in David Lee Durham’s band) from 2003 to 2008, playing the flute, guitar and keyboard.
FINANCIAL – is a popular Republic of Georgia daily newspaper that contains commentary on current financial, political, economic, and social trends. The June 18, 2007 issue contained an article regarding Mr. Lortkipanidze and his experiences learning from “real deal bluesmen” on the Mississippi Delta.
THE WASHINGTON POST – A major U.S. daily newspaper with circulation of over 600,000. The June 1, 2009 issue contains an article about Synetic Theatre and their performance of “A Midsummer Night’s Dream” by William Shakespeare. It mentions Mr. Levan Lortkipanidze and reflects the success of his work in the theatre industry.
THE (WASHINGTON) CITY PAPER – Established in 1981, this popular weekly newspaper has a circulation of over 85,000 and serves the Washington DC metropolitan area providing editorials that focus exclusively on local news and the arts. The city paper published an article about Synetic Theatre’s performance of “A Midsummer Night’s Dream.” In this article dated June 4 – 10, 2009 (Vol. 29, #23) Mr. Lortkipanidze is mentioned for his performance as well.
LA GAZETTE DE GREENWOOD – This on–line magazine (e – zine) is based in Greenwood Mississippi and provides informative articles, email and bulletins related to many music genres from Blues and Rock to gospel and Zydeco. Mr. Lortkipanidze was mentioned as a talented multi – instrument musician. Here is an excerpt from December 2006 issue #63 by Phil “Catfish” Pretet, “Avec lui, dans ses bagages, quelques belles suprises: un tres bon multi instrumentiste, harmoniciste, flutiste, et clavieriste venu des pays de l’Est, de Georgie, Levan Lortkipanidze …” (“With him in his luggage, some nice surprises: a very good multi-instrumentalist, harmonica, flute and keyboard player came to the country? East of Georgia, Levan Lortkipanidze?”)
PLAYBILL – A theatre magazine that showcases the latest theatre companies, performers, and productions. The June 2009 issue featured Synetic Theatre and Mr. Lortkipanidze can be found in the “meet the cast” section as a recognized musician and cast member (Philostrate/ Flute, Guitar).
STL BLUES – This interactive e-zine provides American Blues related promotion, events calendars, guides, publicity, books, articles, and archival information. Mr. Lortkipanidze was mentioned in an article dated July 5, 2006. This article explains the comeback of Big George Brock as presented by Cat Head Delta Blues & Folk Art, Inc. Mr. Lortkipanidze played the critical role of keyboardist. Along with other “veteran” musicians such as Blues drummer Ben Wells, guitarist Bill Abel and Lightnin’ Malcolm, Mr. Lortkipanidze played an integral role in the comeback of this distinguished American Blues musician.
HIGHWAY 61 RADIO – An interactive e-zine that coversfeatures a wide selection of American Blues and Rock from the Mississippi Delta and Tennessee to Chicago and California. This platform provides world – wide exposure for commercial and independent artists. Mr. Lortkipanidze was noted in an article dated October 16, 2008. He accompanied Dr. Alphonso Sanders in an educational musical performance entitled ‘Going Beneath The Surface,” that was performed at the Old Ellis Theatre in Philadelphia.