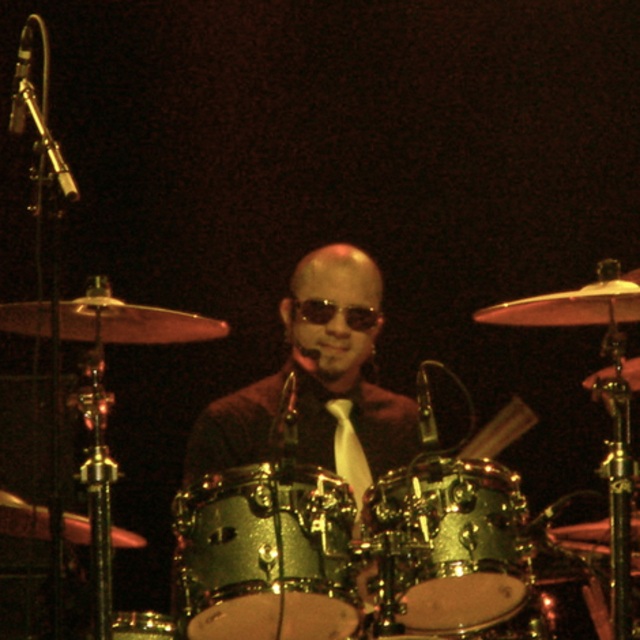 Levi Soto is a very comited musician whos trajectory can be traced as far as 1988 with his colaboration in his first recording as a demo for the band Efil at Pelican Studios in Puerto Rico. Since his first drum lesson at age 12 he is been banging on drums on and off for the last 23 years. At first he joined a church group after the commendation from his Grandmother. At very young age and influenced by the radio music of the 80s pop rock and hard rock he developed a love for hard rock, rock n roll and metal music, genres that has influence his carrier in a major way since then. Some time later he was invited to a friend's band rehearsal giving him a chance to be the band roadie. Always learning new things and practicing drums regularly hoping to form part of a rock band some day, was later promoted to the band drummer, this dream turned into a reality launching a musical career that has continued since then. He sought knowledge in various music schools and music camps. Among them the Puertorrican Music Conservatory in Hato Rey, Puerto Rico and a one on one session with the well known national Pro drummer Pepe Jimenez (whos career can be research with the most popular artists of the era in P.R. and currently can be found performing in Las Vegas with some of the most popular show as is Mama Mia and Criss Angel, Santana among many others) as well as re-noun Master Pro drummer Tony Cintron, originally from New Jersey who's career can be traced back to major artists with the caliber among others of Spiro Gyra and Roberta Flack. Levi is experienced in most western musical styles, ranging from Fusion Jazz, Bebop, Blues, Salsa, Latin Jazz, Classic Rock, Hard Rock, Southern Rock, Reggae, Afro cuban, Samba, Bossa Nova, Plena, Bomba, Ska, Funk, Punk among others. His recording trajectory and development can be traced back throughout his collaboration in various compilation albums found now on the internet as "Puro Eskañol Vol.2 Rice and Beans" and as part of the band Los Naborias from Puerto Rico with Estoy de Lao and 100% Coqui Rock, performing on the song "Punto Final". Also with Primal trio, and Orlando based Fusion Jazz group performing Various themes and Atto Castro music project-various themes. The reliability, talent, responsibility and dedication are characteristics prevalent and verifiable in this talented musician accentuated by a vast knowledge of his instrument is sure to impress many and delight others.