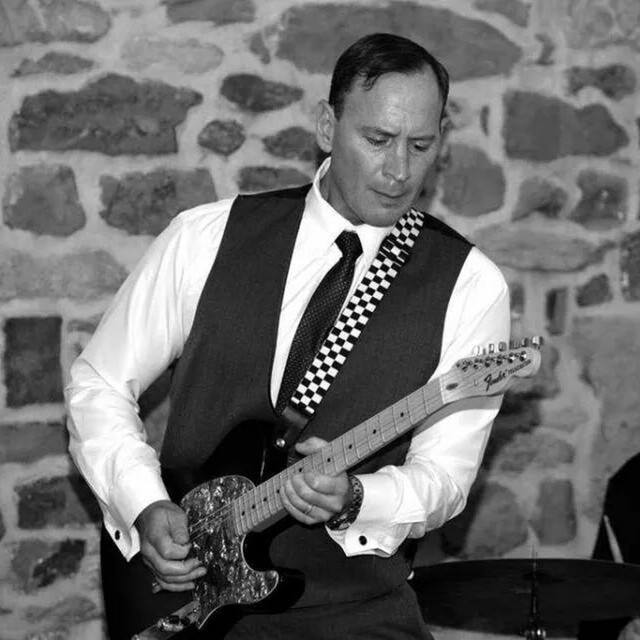 Lightnin' Mark Lee, a native of Philadelphia, is a talented and dynamic lead guitarist with a love for the blues, funk, soul and classic rock. He has lived in the south and on the west coast. Mark started playing guitar at the age of 12 when his older brother gave him a cheap acoustic he had bought at Woolworth's for about eight bucks. Mark can play just about anything with strings: electric, acoustic, resonator, dobro, slide, lap steel; and he can play by ear. In addition to being a guitar instructor off and on for more than 20 years, Mark has been a sideman and member of numerous blues, classic rock, funk, soul, country and R&B style bands (The Stroke of Midnite, Equinox, Impaired Vision Precision, Mojo's Revenge and The New Excuse). His love for the blues and soul music has taken him to visit and jam in iconic music spots around the United States, including BB King's Club in Memphis, TN; Morgan Freeman's Groundzero Blues Club in Clarksdale, MS; Antone's Club in Austin, TX; The Rock N Bowl in New Orleans, LA; and at Buddy Guy's Legends in Chicago, IL. Mark received his nickname during the late 80's when he received a scorching 2nd degree burn on his wrist while playing electric guitar during a lightning storm. Mark has gear and transportation. Ideally, he is looking for a blues band but has played it all. Mark currently lives in Blue Bell, PA with his wife Mary and two awesome dogs, Lucy and Seamus. Thanks for reading!

Don't worry. I have a guitar for every day of the week and an amp for every musical genre. :-)