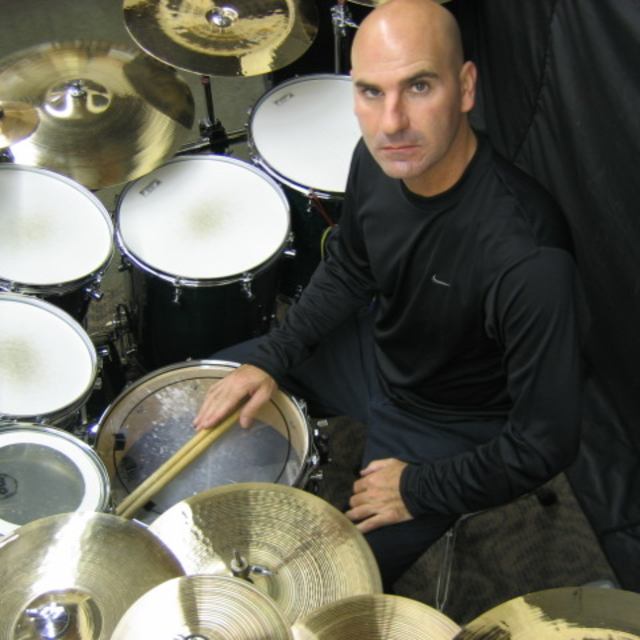 I remember being 8 yrs old at my older brothers football game in Berwick, Louisiana. I was sitting in the stands cheering him on and then half time arrives. After all the players were off the field, on marches the band to perform. As I am watching the marching band play their songs, I am fixated on the drum corp. Then comes the drum feature, I am hooked. From that moment on I new playing drums was my passion. My pursuit of happiness started when I joined band in elementary school. I wanted to join in the 4th grade but was told I wasn’t old enough and had to wait until the 5th. Finally in band, I excelled all the way to graduation day of high school. The seed was planted and from there it was on to forming a band to record and play live. My first band was Tantrum. Formed and performed in Louisiana with my best friend Remy. The first show we played was to a crowd of 300 for a concert we put together and promoted. Getting bored with the home town we moved to Florida where we met our demise. Well, with any situation like that, you pick up the pieces and move on. And that I did. Finding new avenues and musicians Fal Divi was formed and I found myself moving to Los Angeles, California. A place I wanted to move to when I was a sophomore in high school gave me many musical opportunities. Being in California is where things got really active for my musical carrier. Met a ton of great musicians that I was lucky enough to record and perform with. While in California I was in several bands and did session work. One band that I really loved was called Double OD. We were together for a while and had some pretty good success. That band also came to and end but I picked up those pieces and moved on. I have just recently moved to Minneapolis, MN. In turning that page to start a new chapter in my life, I look forward to many great things here. .