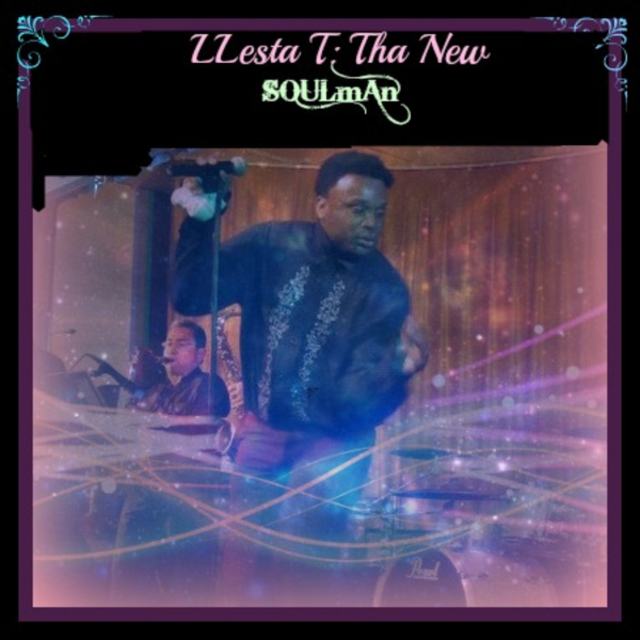 Pure music entertainer, singer/dancer, drummer,music producer, showman
Lesta T is a performer who always BRINGS IT for his audiences. As a
singer and front man, he is a complete performer, pushing himself in every
way to make the show better.

He sat in with my band, for instance, in Sunnyvale a couple of years ago,
and immediately raised the adrenalin levels of everybody there. It was
like a thrilling treat for for the audience, who had been enjoying our
band well enough, but who got an extra thrill when Lesta took command of
the show for a few tunes. Like all the true greats, he has a way of connecting with the audience --
whether in a dive bar like that night, or in a crowd of familys at
Santana
Row.
THAT is a blast: To watch Lesta get the little kids -- the 2- and
3-year-olds -- dancing with him while he sings his funky tunes and spins
out his fancy footwork. I happen to love rhythm and blues -- "634-5789," for instance -- and love
Lesta's delivery of such tunes. But I also dig what he does with
straight funk, getting into the tune, letting it flow.