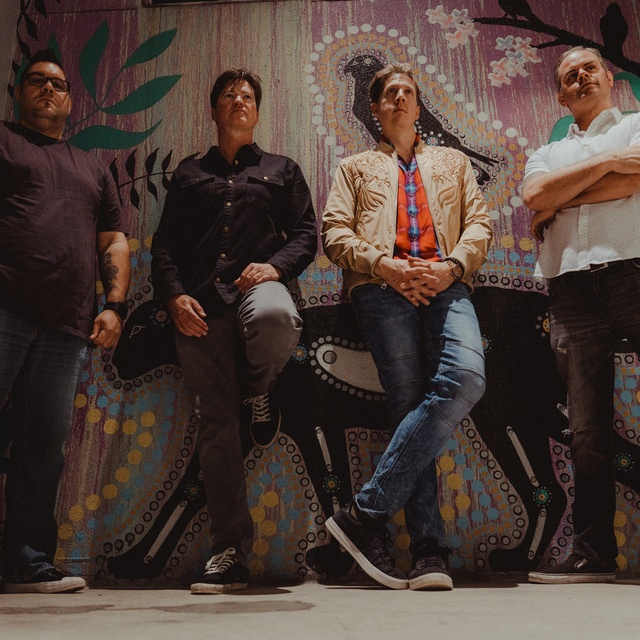 Lochness Monster is a Miami-based band that creates a melodic and unique blend of rock music. With an eclectic style and diverse musical tastes, Bruce Donaldson (Singer), Justin Shaner (Guitar), Brad Eavenson (Bass), and Rene Rivera (Drums) incorporate elements of rock, shoegaze, punk, and alternative metal. Each member drives a certain pairing of uniqueness to round out their sound beginning with Shaner’s dynamic and distinctive guitar melodies, Donaldson’s classically trained vocal range exceeding 4 octaves, Rivera’s drumming precision and powerful stance behind the kit, and Eavenson’s rock and blue’s styling on the bass.

Justin formed Lochness Monster in 2015 with a different lineup and in 2016 the debut album, Fables was released. The album was recorded, mixed, produced by James Paul Wisner at Wisner Productions in St. Cloud, FL with mastering by Andy VanDette at Engine Room Audio in New York, NY. The 11-track record incorporates fictional stories that tend to be a bit abstract at times and open to interpretation. Off the album came singles, “Anchors Gone,” “Pendulum,” and “Pixie Cut,” which featured Kyra Kennaugh, a professional dancer, for their music video to give a whole new look and take on the very poppy but punk infused song. Hans Morgenstern with Indie Ethos had this to say about the record, “Coursing with the ache of emo to the grandeur of progressive rock, Wisner brought out the album’s meticulous music via layers of bombast and delicate moments of intimacy. You can hear it in the album’s title track, a bouncy cut that’s bright yet still heavy with sophisticated details, from the subtle high-pitched hum harmonizing with Shaner’s intricate guitar licks to the warm echo of the guitar’s strings.”

Fables expanded Lochness Monster’s reach and received critical acclaim from fans and radio markets. The record peaked at #16 on the CMJ (College Media Journal) charts with several tracks from the album being played on over 120 radio stations across the US. Following the release of Fables, Shaner finalized the new lineup, including the switch to Bruce Donaldson as the new vocalist.

In 2018, the band re-entered the studio with Wisner to work on their yet-to-be released self-titled EP. On the upcoming EP, Lochness Monster, want to convey a more personal story behind their music filled with struggles and reoccuring themes of hope and redemption. Shaner elaborates, “I think if people are relating and connecting to the music then we are being sincere making it, if it’s able to uplift people then even better, but I think our new music takes some people for a ride through different emotions and different experiences that they may have had, I’d also say that musically the new songs are more rock driven with a bit of a heavier sound.” The EP features, “Calling Out,” a song about holding onto love and finding forgiveness. Its lyrics are about recognizing the trials and tribulations faced in a relationship of love and seeking redemption in each other. Shortly before the release of “Calling Out” the band was awarded Best Rock Band at the 2019 Oski Awards.

Fans can be on the lookout for more new music coming soon!

Screen name:
LochnessMonster
Member since:
Feb 24 2018
Active over 1 month ago
Level of commitment:
Touring
Years together:
5
Gigs played:
50 to 100
Tend to practice:
1 time per week
Available to gig:
1 night a week
Age:
38 years