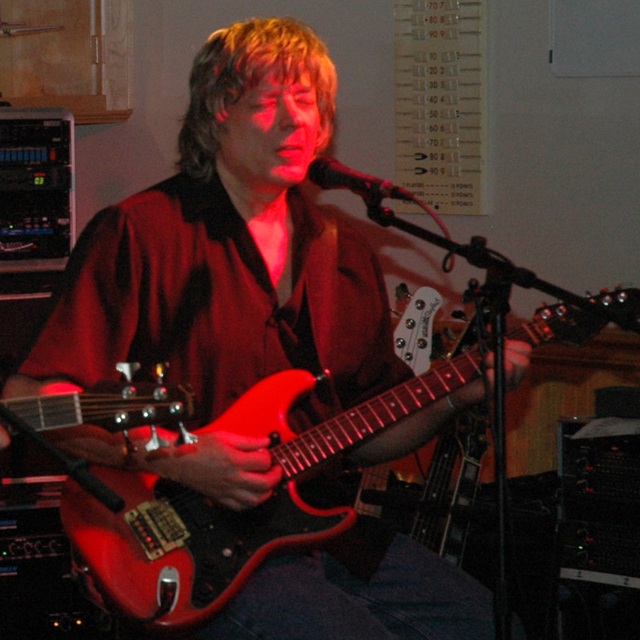 I've updated a few songs listed. Some of my music is live, a couple are from OLD demo tapes, and a few that I updated, I recorded from backing tracks with all guitars being played by me.

I just added "Rock Steady", which is the original Bad Company vocals, bass and drums. I stripped out original guitars and all guitar parts are me playing.

Also added is an original song recorded by my old bass player when he lived in New York 30 years ago. I stripped out his guitar track and all guitars on that are me playing. The song is "A Place Called Madness".

These additions are not perfect, just me playing around and learning computer recording software, but should give someone an idea of my playing ability.

For years, I was out playing every Friday & Saturday night but my work got in the way and between trying to change careers mid-stream and other issues, I got out of playing with REAL people. Now I finally have the time and energy.

I'm getting back in the mood to want to play with some real people again. I would love to talk with you if you have ideas about playing.

I'm easy to find on the internet. Google searches for my first name and last (Johnson) should put me number one. And email contact is easy. just use my first name AT seabreeze dot net . I mean, seriously, you do see the email address there don't you? If not, click the next to the last picture and look at the bottom.... It's the one that says "You guys rock...."

I'm very versed in many genres of music. My personal preferences are danceable rock (bookable band music), classic rock, basically high-energy rock, not stoner music. What *I* like and what club owners like aren't all the same, but I also enjoy playing what gets the band bookings.

I learn my songs BEFORE band practice; I'm not into wasting the band's time not being prepared. If you like to rock, get in touch. The next to the last photo posted has my contact info. Open it, and look to the bottom right.

80's bands ... classic rock ... anything that doesn't use a fake bass player or drummer; playing music that people can dance to and especially recognize before the singer starts; and equally important - music that gets bookings.

Date may be changed if there is a conflict, so check on Facebook or call the club.

After a LONG break, we're ready to rock in Spring!