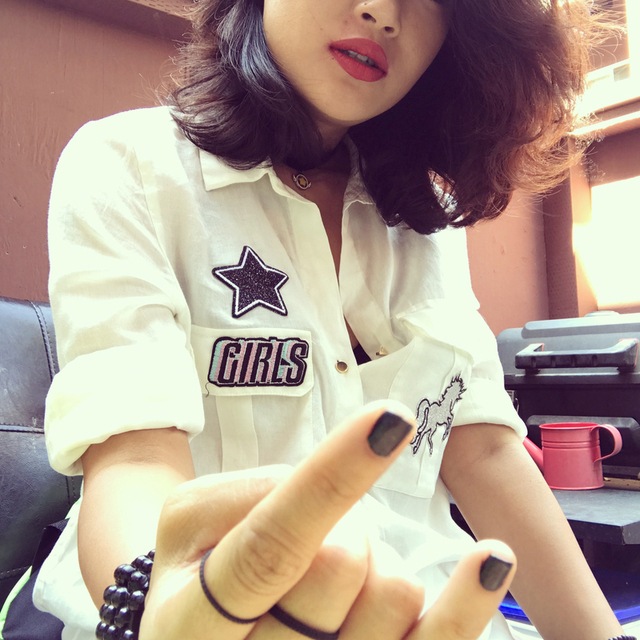 Lorelei is an established singer, guitarist, songwriter, from Vietnam. The leader of White Noiz Band, a leading alternative rock band in Vietnam has shared stage with many popular bands from oversea such as The Vaccines - Australia, Heavy Tiger, The Empty Pocket, Antigone Rising from the U.S, Frank Turner from the UK, .. . . She performed a good dose of originals and covers, all over the country, from big concerts, TV shows, to special events for U.S, U.K, France consolates. Her band White Noiz has made its hit song with White Love, of which video was sponsored by Jagermeister.

What the press has to say:
"Ha Nguyen (Lorelei) has been blazing a trail for women in the Vietnamese music scene" - AsiaLife - "White Noiz" - s://.asialifemagazine/vietnam/white-noiz/

"One thing that can be said about White Noiz is that it may have the most unique lineup in all of Vietnam. The rock outfit consists of lead singer/guitarist Lorelei, drummer Tran Uyen Thao, bassist Nguyen Ngoc Thanh Tam, and guitarist Gokhan Dedebal. Three women and a Turkish dude. Definitely not your average band in this land of tepid cover groups.

Influenced by the likes of Radiohead, the Black Keys and the Rolling Stones, White Noiz brings high energy, original rock to their performances, though they don’t want to be labelled. The group has been together for two years, and has made a lasting impression on fans throughout the country. “People like that we have three women playing,” says Lorelei, the de facto leader. With her tattoos and styled hair, she looks the part, though is surprisingly soft-spoken off stage at Q4." - Asia Life - Live music in Vietnam
s://.asialifemagazine/vietnam/live-music-in-vietnam/

Coming to the U.S, Lorelei participate in different music projects in the Bay and performs as a solo artist in music festival for the Vietnamese community, hosts in talkshows for a Television Channel in Vietnamese. She also joined California Groove, a 6 piece party/dance cover band. Singing lead and harmony in the band, Lorelei covered a wide range of genres from Rock to Blues, Soul, R&B to Rock n Roll at top casinos, corporate events, nightclubs, weddings, and special events throughout California and Nevada.

Lorelei is currently focusing on writing her own music with the plan to release her first self-produced album in the U.S at the end of 2019.

The Script, One Republic, Lady Gaga, Adele, The Black Keys