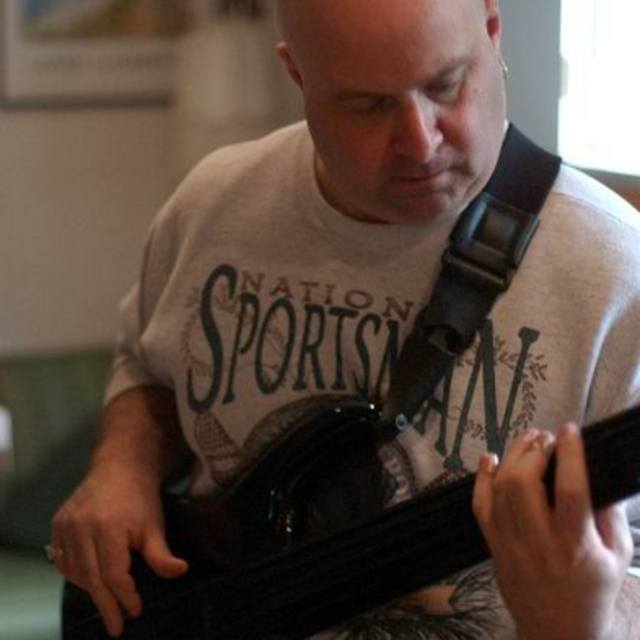 I can play nearly any style of music--way more than listed here. I have many years of studio and live performance experience with a wide variety of bands. I've been on several records. I also work as a recording engineer. I have a Grammy nominated song that I engineered. Examples of my work can be heard here: ://.freewebs/lowendr/grtunes.htm

I prefer to work in original bands where the music comes first, but I have been in lots of cover bands, and I already know tons of material.

At gigs, people always tell me that I am amazing. I try to stay modest, despite that. I consider myself a perpetual student, always trying to become better.

Multiple basses fretted and fretless, Taurus pedals, several amps and cabs, lots of effects--I tailor what I need to the type of gig.

Leveler's music is intense prog/jazz/funk/rock, musically challenging to play and very fun to listen to. Afternoon show with lots of other bands!

Sitting in with the great Ray Jay, playing blues, funk, and rock covers!