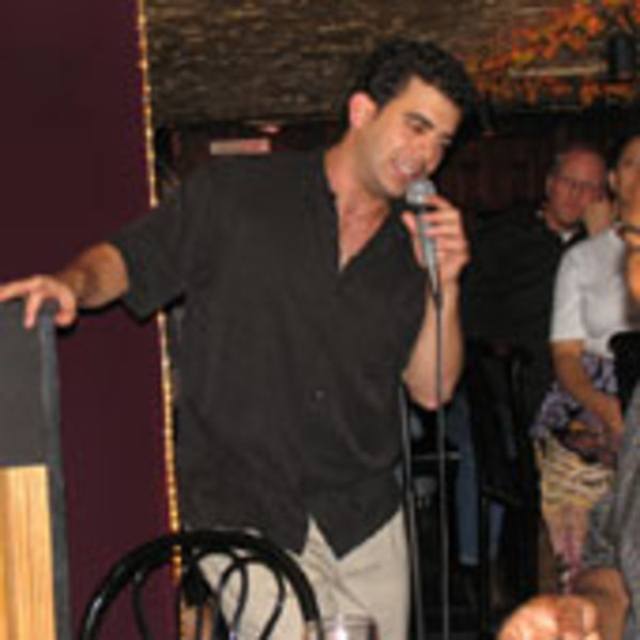 More About LUCAS LASAGNA Lucas has had the great fortune to perform for and with some great celebrities, names like Barry Manilow, Celeste Holm, Larry Holmes, the village People, 98 degrees, Charo, Kelly Rollins, Michael Bolton, Nick Lachey and most recently Patti LaBelle. His career in the entertainment industry began when at age 4 years old he played the role of the youngest child in Municipal Opera Companies "The King And I", and from that moment on he has been commited to a performance career. Lucas went on to sing with "The Singing Boys Of Pa" a touring proffesional boy choir. He attended a High School for the performing arts, studied at The Stella Adler Conservatory, one of the finest conservatory acting schools in the world. Weist Barron,an acting school focused on performance for film and Tv as well as The school For Film and tv at the 3 of us studios in NY. a recent powerhouse conservatory for film and tv acting that has turned out young star after star.And studied opera at vocal performance at Julliard. As well as studying with a number of voice teachers Lucas has studied under PAtrick Whickam one of the most respected voice teachers in all of the world. Music and performance are not just a buisness but his lifelong dream and passion, and Lucas enthusiastically embraces all that comes with the way of life and the path he has chosen...His goals are simple, through his song and performances he wants to bring a heartfelt smile and happiness to as many people as he can touch in his lifetime Lucas has a fan base of well over 150,000 in the Northeast. He Frequently plays very high end events including casinos, corporate events, political events and exclusive private parties up and down the East Coast from Miami to Maine. All of his shows are promoted by a national publicity team as well as advertised on radio stations in the region he is playing. Lucas has a talent that brings most people to tears. Please feel free to contact me directly by calling 610 390 2843 or emailing LucasLasagna

THE TASTIEST VOICE SINCE FRANK SINATRA .LucasLasagna is seeking booking and representation for a new independently released album. Looking for club dates, tour dates, openings for other acts, private shows, corporate functions, large weddings, television and film spots, commercial spots, radio jingles, voice overs etc... Lucas works as both a live performer and a studio session player. All of the music on the web site was edited and produced by Lucas in his home studio. The new album WAS CO PRODUCED WITH SOME VERY RESPECTABLE NAMES in the jazz industry including co producer and bass player CHARLES FAMBROUGH. Charles Fambrough has played with McCoy Tyner, Grover Washington Jr., Art Blakey, Flora Purim and Airto, the Fort Apache Band, and Egberto Gismonti among others.
DON BRADEN. Don Braden is a musician of the highest caliber. Having spent years as a saxophonist with
greats like Betty Carter, Wynton Marsalis, Freddie Hubbard and Roy Haynes.

Lucas currently plays with M.A.S. Swing a 16 piece big band under the direction of Marie Stack of MA.S. Music. The band specializes in music from the big band era including classics from Frank Sinatra, Tommy Dorsey, Count Basie Nat King Cole, and Benny Goodman and has musicians of the highest calibur who have played and taught under such legends as Tonny Dorsey and Gene Krupa.
Lucas and MAS swing supply all of there own equipment for shows up to 700 people and uses a pro sound crew for larger shows and they are fully insured They of course are also perfectly comfortable using house equipment, provided there is a sound check before the show. Lucas is not only seeking bookings he is seeking a financial backer or group of financial backers for a new album. Lucas currently has a small fan base ( around 50,000-90,000 people internationally with approximately 10,000 album sales of the first album and about the same for second) Lucas has appeared on several national tv and radio shows as well as some regional television and has had some very large street team promotions done for him in the northeast. Lucas also has some releases that are original rock, smooth jazz, techno, house and dance related with a few of those being a fusion of opera, pop, and house...OH DID I FORGET TO MENTION HE IS A TRAINED OPERA SINGER! (Julliard) Yup, the man does it all ( including being a member and the musical director of a boy band that was managed by the same company as 98 degrees...being the tenor section leader for the largest paid church choir in the Lehigh Valley area of Pa....singing in a group in High School that sang back up for BARRY MANILOW.........TWICE!!! each time he came to town) and my personal favorite....being the host of a nationally syndicated ( abc!!) kids television show when he was 13 called KIDS CLUB!! and recently appeared in the NBC reality television show Clash Of the Choirs under the direction of the legendary Patti LaBelle ...and of course has done tons of regional and summer stock theatre, TV commercials, roles in independent movies, roles in major motion films including stunt work done in the movie "WET HOT AMERICAN SUMMER" with Jeanine Geraffelo...He studied at THE STELLA ADLER CONSERVATORY FOR ACTING in NY, JULLIARD and WEIST BARRON to name a few. Lucas is a complete package and a triple threat. He knows how to perform and how to produce and he is ready and eager to introduce his amazing talent to the world. He is the find of a lifetime so don't miss the opportunity to help promote the career of someone who will beyond all doubt be a well respected, and very famous performer. He is after all, THE TASTIEST VOICE SINCE FRANK SINATRA!!! with the ability to sing in all styles as well as , AND, including opera, pop, soul, r and b, Blues, Rock, folk and smooth jazz. and MANY OTHERS. THE MAN TRULY DOES IT ALL AND HE GIVES 200 percent to every project and ALWAYS GUARANTEES HIS CUSTOMERS SATISFACTION!
If this bio hasn't given you the incentive you need to hire him, just check out his voice at any of the provided links, you will not be disappointed!!!

Screen name:
LucasLasagna2
Member since:
May 17 2010
Active over 1 month ago
Level of commitment:
Touring
Years playing music:
15
Gigs played:
Over 100
Tend to practice:
More than 3 times per week
Available to gig:
6-7 nights a week

I own a full reccording studio plus 2 huge pa rigs... I cant possibly list everyting... I play out with 2 mackie active 450's 2 750's, a Behringer mixer, Wireless mic and wireless monitoring sytem I think they are audio technicha and SURE... I have a Triton Korg 88 fully lodaed, a Motiff 64 a Fantom... tons of pres including a avalon 737 tons of software my system is a sweetwater custom build to run Sonar Producer 7 tons of vintage synths tons of plug ins...