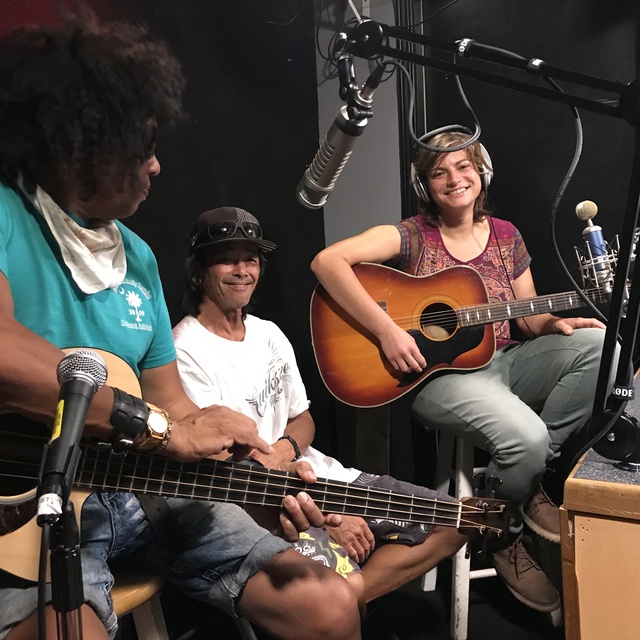 I am a singer/songwriter performing in the Los Angeles area. Looking to find accompaniment for upcoming gigs. Also looking for producers/engineers to complete recorded songs with. I play a variety of genres but most of my original songs are Indie/Alternative/Folk-rock.

"Lucy Morningstar's music has touched the hearts and souls of audiences on both coasts with her poetic lyrics, melodic guitar style & soulful vocals." -Anderson Somerselle

The music of Southern California based singer/songwriter/musician/composer Lucid Lion has been described as a unique blend of folk and rock, with rich undertones of reggae and funk grooves. Always pushing the envelope, Lucid Lion plays what can only be described as a portal of unbound energy that will spill right over your glass. With various musical accompaniment as part of a feel-good ensemble. It is clear that her sound has planted a seed in modern indie-rock music, catching like a fire in listener's hearts.

Lucy Morningstar, the founding member of Lucid Lion has been recognized for her poetic, unfiltered lyrics, imaginative soundscapes & an inspiring energy. Lucid Lion has toured nationally.

Biography:
Lucy Morningstar has captivated audiences with her genuine smile and lyrical story-telling. Her melodic acoustic finger-picking refreshes ears with a playing style that sets her apart.. Morningstar, a mulch-instrumentalist, producer, and engineer has a freedom and creativity that transcends boundaries. She started singing at the age of five and playing guitar at twelve. At the age of sixteen Lucy interned at Infidel Records in Hoboken New Jersey. There she assisted Warren Haynes, Gov't Mule and bluegrass/folk band Railroad Earth. While learning about engineering and mixing at Infidel, Lucy realized the path her creativity would best be suited for. Her influences include Bob Marley, Blind Melon & Ben Harper. She made her NYC live concert debut at Sullivan Hall on September 14, 2010, and has performed live at clubs and concert halls across the United States. Her music has been featured on radio stations including KALX - San Francisco, CA , Berkeley Liberation Radio - Berkeley, CA (Where Lucy also hosted Green Screen Radio with DJ Morningstar) Minneapolis Public Radio - Minneapolis , MN & More!

Lucy, who has also performed as Lucid Lion, has shared the stage with Rootz Underground, The Expanders, Massive Delicious, Junior Toots, Damien Marley, Stephen Marley, Steel Pulse and performed with Toots and the Maytals at Los Angeles House of Blues. She has also performed at the Sierra Nevada World Music Festival, Reggae in the Hills, the Lucid Jazz Lounge in Seattle, Trinity College in Hartford, and the Knitting Factory in NYC.