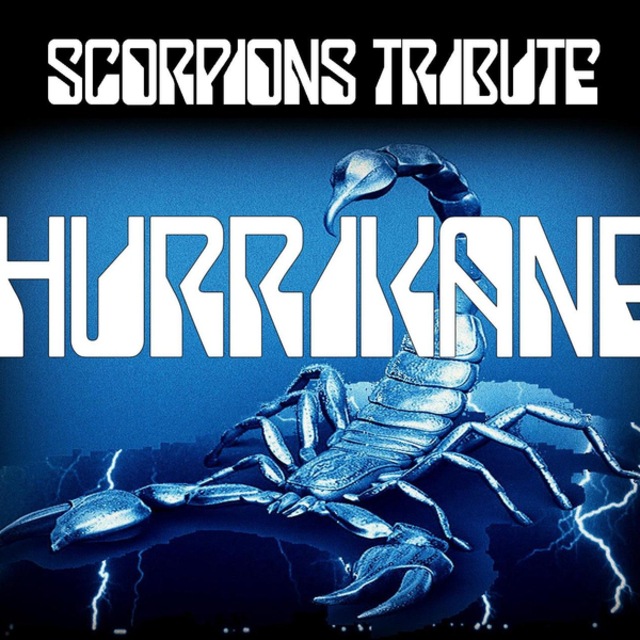 Formed in 2010 and based in Los Angeles, Hurrikane (a tribute to The Scorpions) captures the power and energy of one of the most successful hard rock bands of all time. James Kottak Scorpions Drummer sat with Hurrikane and played two songs on February 22 2013, he was so Impressed with the Band he gave his personal Edorsement Approval. The band lineup of solid veteran’s of the L.A. and International music scene, deliver a truly authentic representation of The Scorpions. Not only does Hurrikane sound just like the original, lead singer Golfredo Bastida has the unique countertenor voice of Klaus Meine. While the rest of the line up is formed by veteran musicians which have played in different projects. All members of Hurrikane have played numerous venues, including The Roxy, The Whisky, Florentine Gardens, House of Blues Anaheim, House of Blues Vegas ,House of Blues Hollywood,BB kings, Paladino's, The Juke Joint, The Key Club Hollywood, The Viper Room, The Cat Club Hollywood, Count's Vamp'd Rock Bar & Grill on Vegas, Rock & Rool Sushi Rosarito Mexico, The Cave Big Bear CA, Santa Fe Springs Swap Meet,Romano's Concert Lounge Riverside, The Rock Expo 2013 Tijuana Mexico, M15 Corona CA, Saint Rocke Hermosa Beach CA,San Diego County fair, Cook's Corner CA, Black Box Tijuana Mexico, Rockefellas Corona CA,Troubadour Hollywood, Speaking Rock Casino Texas, Casino del Sol Arizona, Paladino's Reseda CA, Slide Bar Fullerton, Motofiesta 2015 in Leon Mexico. Hurrikane respectfully pays full tribute to The Scorpions. This performance is not to be missed. You will feel as though you're being transported back to an actual Scorpions concert.

Established Scorpions Tribute band seeking new lead guitar player who doesn't mind to look that the past or present Mathias Jabs, looking for someone who loves the music of the Scorpions.  This is a serious project, yet having fun too.   We are not looking for someone who’s in several other projects who won’t have time for this one.   If you are in another project, this project will have priority.   No hired guns!! Must have own gear, reliable transportation and be able to cover your share of expenses (rehearsal costs, etc.).   We gig a few times a month, and sometimes gig out of California.   We are all professional, serious musicians, looking for someone with the same commitment.   Must be able to play lead solos as they are in the records, from the Uli Roth, Michael Schenker and Mathias Jabs era. Backing vocals helpful.   We don’t want drama, ego’s, attitudes, drugs, alcoholics etc.   We usually rehearse at least once a week in the evening. Must have passport updated.

If this sounds like something you would be interested in, get back to us, and we’ll arrange an audition.

We are back at House of Blues Anaheim, Free complementary tickets upon request, we take the stage at 10:00pm, doors open at 07:00pm 18+