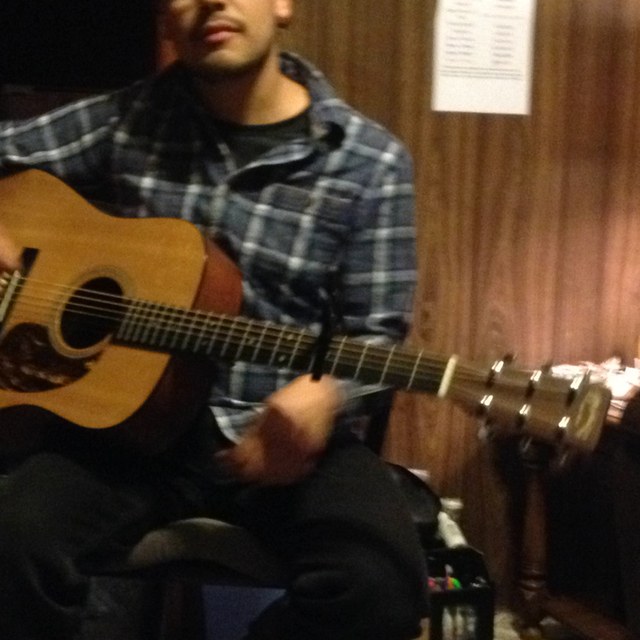 I am a 26 year old enthusiastic guitarist and current student, that as of yet has not played in a "serious" band. However, sheer enjoyment of playing and my love of the instrument alone have provided more than enough motivation to move myself along a path of continuous improvement. My technique as well as the scope of music I play have grown considerably over these last several years. I'm a stickler for perfection and am never satisfied until what I'm playing is spot on...note for note, bend for bend. I know I have much to add to that right mix of talented musicians that are as passionate as I am about music. I am looking now to fully integrate myself into a band where I feel I will quickly become a dedicated, contributing member; or, at the very least find other musicians that want to jam with the ultimate goal of creating our own band! I have been playing guitar since I was 13, and I love it to the point where I can never get enough of it! It's time I step up my game, go public with it, and see where it takes me. Just reiterating...I know that I can be a positive influence when playing in the company of people who share the same vision of musical success that I do.

My three favorite bands are The Beatles, Radiohead, and Nirvana. My preferred music of choice is rock and I've been devoted to that particular genre since I was a kid. Being a guitarist, there are certain artists/bands that just can't be avoided and that I love very much. These include Led Zeppelin, Pink Floyd, The Rolling Stones, Big Star, Jimi Hendrix, Guns N' Roses, Red Hot Chili Peppers, Metallica...the list goes on. I'm also big on alt rock, like Pavement, Nine Inch Nails, Arcade Fire, Smashing Pumpkins, My Bloody Valentine, The Smiths, R.E.M., Pearl Jam, David Bowie, The Velvet Underground, Jeff Buckley, Weezer, Alice In Chains, Fiona Apple, The White Stripes, The Strokes, Lorde, St. Vincent, Queens Of The Stone Age...again, I could keep going. Bob Dylan is very important to me. I like some punk, especially The Clash and Green Day. I also listen to Prince, Michael Jackson, Marvin Gaye...there are a wide variety of different genres that I like. I love some electronic music too, the downtempo kind...bands like Massive Attack, Portishead, Aphex Twin, Zero 7, and Radiohead's non-rock music. The bottom line is that I try to remain open-minded about most any music.