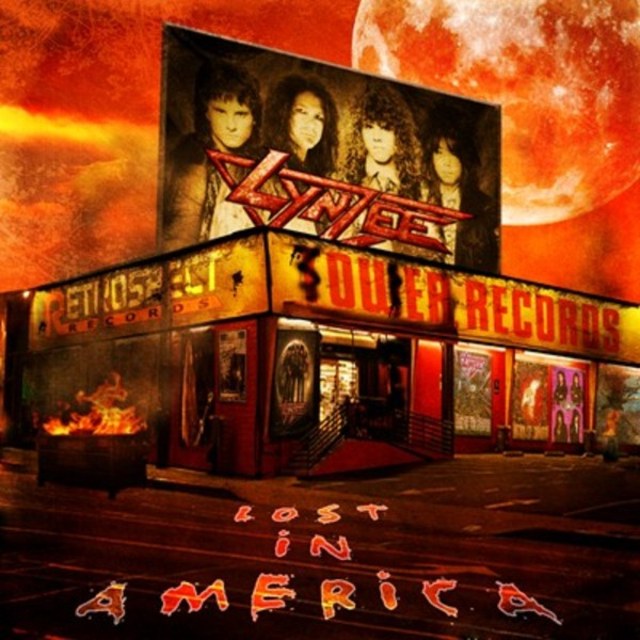 Bursting onto the Southern California metal scene in the 1980's Lynzee hit the Hollywood strip performing at many of the legendary strip clubs and regional nightclubs throughout California that are now lost to the past but not forgotten. Lynzee offered up a serious serving of In Your Face Arena Rock, progressive grooves with Metal and Rock roots influenced by the masters; The Scorpions, Motley Crue, Judas Priest, Whitesnake, KISS, Dokken, Iron Maiden, Y&T, Alcatrazz and Van Halen. Lynzee had Metal to spare and more. Lynzee played with many of the Big bands and Hollywood Strip headliners from the Decade of Decadence. Melodic Metal, Meaningful lyrics, Ripping guitar, catchy riffs, MONSTER musicians and Classic Kick Ass Rock n Roll.

After 24 years of keeping the faith & the exit of yet another drummer, on October 15th 2008 remaining members of the band Lynzee created a basic as a tribute to their history and a place for fans past & present to meet. They had no idea what would come of this little endeavor…By December 2008 the band found new life when they were discovered by RETROSPECT RECORDS one the worlds largest independent rock/metal reissue labels. They were immediately offered a multi-release record deal. They agreed to re-release 3 of their classic albums complete with new unreleased material. These albums were released January 1st and are currently available. Lynzee is in the studio currently working a on a ALL NEW 4th release due out in 2011. The ultimate bonus was the return of one of the original drummers Bill Haertel…
Lynzee is BACK IN BLACK.

Welcome to the Wonderful World of LYNZEE…

**Get your FREE Limited Edition LYNZEE Victim of Nirvana T-Shirt**

In celebration of Lynzee's first three releases of 2010 Retrospect Records brings to you the “Lynzee Combo Pack ” You can get all three of the new 2010 Lynzee releases:
1. “Victim of Nirvana ” (the Two Cover Edition)
2. “Man of the People ”
3. “Lost in America ” (includes FOUR all new recordings from the reformed line-up)

Very Cool LYNZEE was just awarded "Reviewers Pick" Hard Rock track of the day for the tune "Mutiny in the Nursery". Follow the link Below & check it out!
http://www.garageband.com/song?|pe1|S8LTM0LdsaSgZVi1Y2w

Thanks for the Support
LYNZEE

Retrospect Records proudly announces the release of Man of the People in April:
www.retrospectrecords.com