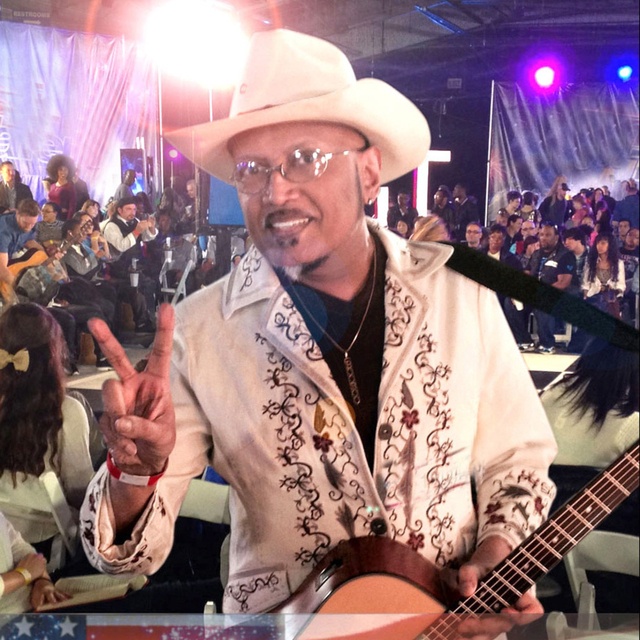 The 9/11 Memorial Song: This Day Is Forever

Indian-born pop vocalist Madhukar C. Dhas, sings under the name Madooo in USA. He grew up in Chennai, India, where his father expected him to become a doctor. Music turned up to be his addiction, inspired by THE BEATLES. After School and College, he moved to Bombay, where he got a jobs with Advertising Agencies, eventually rising to the position of Art Director at Lintas:India. The Creative Director, Alyque Padamsee, also a theatrical producer, cast Madhu in the title role of his 1974 production of the musical 'Jesus Christ Superstar'. While continuing to work in advertising, Madhu led one of India's premier Rock bands, Atomic Forest, after which he began performing solo at 5-star hotels in India and across Asia. He also sang in the presence of PM Indira Gandhi.
In 1978, he moved to the USA settling in New York, where he again worked in advertising while also pursuing his musical interests.
He now seasonally performs at Beatlesfests across the USA and Canada.

His first album, containing "The 9/11 Memorial Song" has over 500,000 views on be. The song can be downloaded FREE from ://.bigdooker/sept11.html
His 2nd album is a Beatles tribute CD called "To the 'Fab Four" from Liverpool...A Tribute from India".

s://.be/j5FY4AJv1v0 This be link to ‘Gethsemane’ from Jesus Christ Superstar has rare pix in a slide sequence, the only pictures that perhaps exist taken during Madhu’s live performance, Mumbai 1974. A rare rendition from Indian-born singer Madhu. (Full name: Madhukar C. Dhas, aka: Madooo: stage name in USA). In 1974 ‘Jesus Christ Superstar’ was produced in India by Alyque Padamsee and it ran to packed houses in Mumbai for over a year. Madhu played the title role and received wide acclaim for his outstanding live performances.
There isn’t any video of this rare production because video media did not exist in 1974. These images were compiled from a lost collection of still photographs shot during the performance (by photographer Madhu Ghadkari) to provide a backdrop for this sound track that Madhu re-recorded and sang in his New York studio a few years ago. Madhu was the original front man of one of India’s premier rock bands, ‘Atomic Forest’ and he was influenced by the wave of bands from the British Invasion era, including Deep Purple and primarily The Beatles.

USA REVIEWS
“You have done a great job of your interpretations... It looks like you are a very good part of the global scene in a very big way to me... Congratulations Madooo… It is a great contribution to the fab four's legacy...” – (The Late Great Richie Havens - 2009)
“This album is incredible...an Indian music-salute to The Beatles” - Archer Dusablon - Host of 'Beatles Basement’.
Madhu, you are one brilliant singer/performer/human being. Bravo to you! - Paul Saltzman. President: ‘The Beatles in India’; President: ‘Sunrise Films Limited’.

Read some of what the Indian Press has had to say about Madhu's (Madooo's) singing:
THE EXAMINER: “The way Madhu sang 'Gethsemane' really got me in the guts and personally gave me an insight into Jesus Christ's agony that years of Good Friday services never have".
FREE PRESS JOURNAL: “Madhukar is the nearest there is to a singing star of Western popular music in India. His singing is second to none and as a stage artist he is incomparable”.
ECONOMIC TIMES: “Madhukar is a strong and inspired musico-histrionic portrait, wide in vocal and emotional range”.