madthom + Musician in New Albany, IN 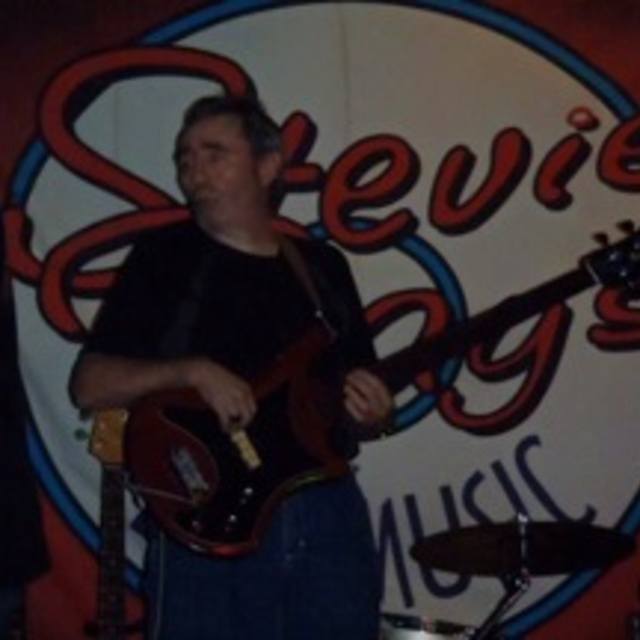 UNAVAILABLE UNTIL AFTER THE NEW YEAR-THEN I AM LOOKING FOR A BAND AS GUITARIST OR BASSIST (and I bring also fretless, which I have played exclusively, only using my fretted Bass on songs that demand regular electric Bass-I play 4 string fretless, modified Guild B-301 since 1981) LOOKING FOR WARD TO BEING AVAILABLE TO PLAY AGAIN! Prefer mostly all original composition format. Will even switch off Bass to Guitar, and other instruments as needed for 'different sound'.
Played and co-founded an 'all original' band from 1975-87/88, and would get together to play a couple sets for something special even after we dissolved. I played Bass, fretless Bass, Guitar (lead, etc.), piano (forced to!), background upper vocals and horn solos (trumpet/flugelhorn).
MY FORTE? Guitar and/or Bass, prefer mostly original compositions-writing my parts. I enjoy helping to direct new members in chord progressions so they are not thrown to the wolves. I can learn covers again, but prefer job as Guitarist 1st and Bassist 2nd. I prefer fretless but have both.
We played a handful of Southern, Traditional R&B songs to keep the crowd who drank too much happy. Most knew our original material well enough they were requesting OUR songs by name. I'm rebuilding horn chops and still solid 5 string fretted and 4 string fretless bassist-Played mostly original but can learn or write if know the key. Have done some studio work off and on since the late 1970's to fairly recent. Mainly doing fretless Bass lines. But, All instruments. Was a Music Major but switched to the medical community. I READ CHARTS. mainly horns but can transpose from C on Guitar/Keys to Horn and back and forth. Can read melody lines on Guitar, Bass also.

Young, young man, Chase, Miles Davis, then Wynton Marsalis-horn. Guitar-beginning-Jimi!
Really made habit of not listening to lots of music other than Jazz because didn't want it to influence my original composition work. I generally wrote my own parts to other musician's original songs, and helped at piano with vocal harmony, crossing or straight up triads, etc. learning to appreciate Steely Dan, EWF, Blood Sweat and Tears, and ALL SO. Rock! Played lots of SKYNARD. got to love zeppelin as playing fretless bass in a 3 piece club band.

Guild B-301 Fretless Bass, 5-string fretted Bass ~1964 Fender Musicmaster with Strat-type bridge and double coil p/u. I use RACK MOUNT BBE SONIC MAXIMIZER WITH BASS AND GUITAR-MADE ALL DIFF IN WORLD! USE LINE 6 FLOOR BOARD FOR EFFECTS CURRENTLY-WANNA RETURN TO OLD SCHOOL PEDALS AND CRY BABY, VOL., OCTAVES, OVERDRIVE, HAVE STEREO PEDAL NOW-PLAY THRU SMALL, NBUT POWERFUL PEAVEY-HAVE ACCESS TO LINE 6 AND HAVE FENDER, ALSO DIFFERENT SIZES BASS RIGS FRO VENUES. S. Maximizer made up fro tines of cutting thru w/o lots of volume-used two 8X10" bass but needed to add 15-18" bottom end-horns: Bach Model 37 Pro model trumpet, Getzen "Doc Sev." model horn, Flugelhorn and Ovation Applause series acoustic with built-in pick up and EQ. Only have practice amps, but access to nice 65 watt Fender dual channel and more, includine POD, prefer my Line 6-foot effects pad and more.
I've been out of playing with other bands other than sitting in for solo work and really miss it. Prefer original (much as feasible), rest is open-Have played everything from Big Band days to present as lead guitarist, then as Bassist. Working on getting both of those chops back into pro condition, as well. I scan learn Guitar parts easily, Bass lines take longer unless you don;t need it note fro note as on the album-I am told I play BASS MUCH AS "FLEA", I TOO AM JAZZ TRAINED AND LIKELY WHY-I CAN PLAY SIMPLY BUT I CAN ALSO BE ALL OVER THE NEXK OF BASS. I USE FRETLESS NOT FOR SLIDES BUT THE SWEETNESS OF SOUND. Of course, those slides, and little wiggles come in handy:) I play fretles about 95-98% and fretted only when needed-I am adaptable however. PREFER WORKING AS A SECIND LEAD GUITARIST- 2 LEADS YOU NEVER END UP WITH A "ONE SOUND BAND". I been around a LONG TIME, so not inexperienced-I rang in the NEW YEAR PERFORMING ON STAGE IN UKRAINE WITH W BAND THAT INVITED ME BASCK IN AUGUST-WE'LL SEE-THE PLANES GOING DOWN AND ALL:)))