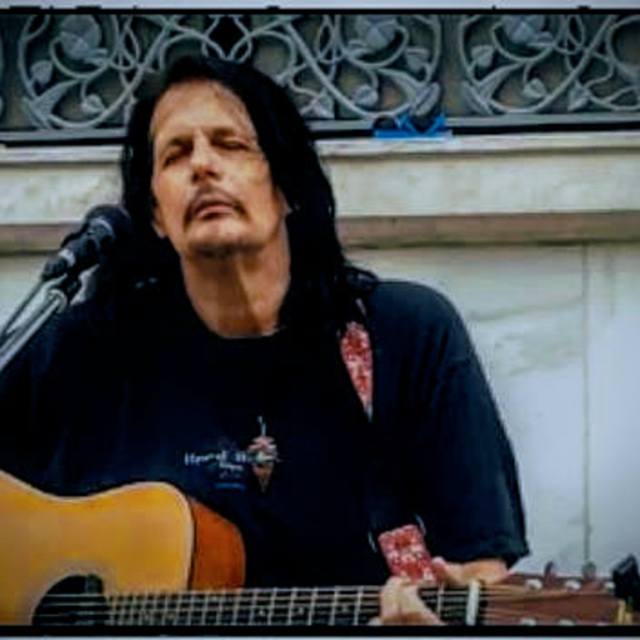 I’m an Indie Rock Musician/Singer, Songwriter/Storyteller, with over fifty years of experience as a guitarist. My musical influences also come from the various cultures in which I’ve lived. Growing up in both West Virginia and Pennsylvania, I have musical roots and American Indian heritage in Appalachia. Having lived in Mexico, I also speak and sing (fluent Spanish). I taught Spanish at college level and later to professionals, i.e. law enforcement.

I lived in the Southwest, U.S., and in Coahuila, Mexico, I played with Mariachi guitarists and with various Rock and Country bands in Austin, Texas where I lived most of my adult life. Those musical influences can be heard in my songs: * En La Frontera/On The Border, and also, *Hacer O Morir/Do or Die.
I can be seen also, live as a solo performer, a backing band, or as a guitar player in various acts and genres. In 2016, I took a hiatus for health reasons and also to concentrate on his songwriting. At that time, I returned to my home state of Pennsylvania. I’ve recorded a few songs that I’ve written, some of which have special local (Pennsylvania) historical significance. ie: **Oh Centralia Where Have You Gone? (Appalachian) and **Susquehanna Sue/Gawera’shatse (American Indian) and Blood Moon Over Billtown, a song about Williamsport, Pennsylvania's heroin epidemic.

This past summer I played several Central Pennsylvania Festivals, Benefit Concerts, and local Events.
Stylistically, I have been a member of many bands and genres, including Hard Rock, Singer-Songwriter, Country, Mexican, Appalachian, and Indie projects. Going forward into 2019, I wish to perform in Northern Central Pennsylvania and New York as an Indie artist and/or a band situation. I’m available for collaborative projects and bookings.