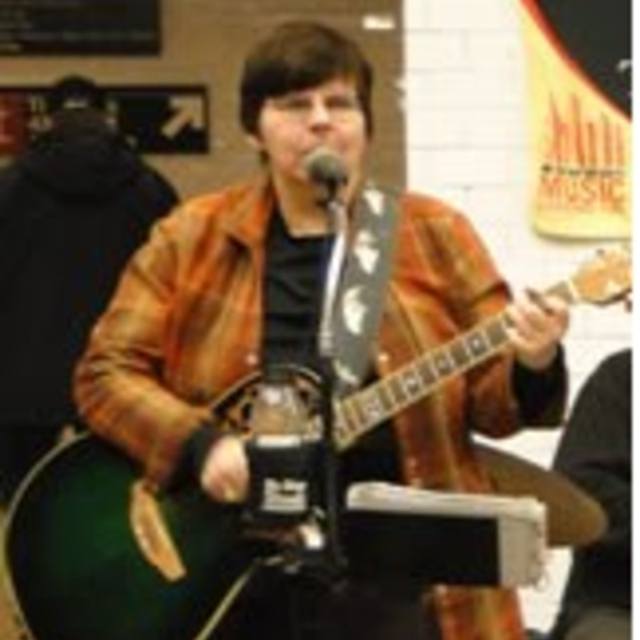 Maggie Clarke is an experienced New York City performer, having played with classic rock cover bands since the mid 1990s. You may have seen Maggie on rhythm guitar and singing with the Meetles, a classic rock cover band with a repertoire of hundreds of songs, playing marathon sessions in the New York City subway and at Strawberry Fields, Central Park, as part of the MTAâ€™s Music Under New York program since 2009. Maggie was a room leader at The Studio in midtown Manhattan. Maggie was with the Moodyfest Cover band for ten years, playing lead electric and acoustic guitar as well as singing lead and harmony vocals on over 60 Moody Blues songs at numerous fan fests.

More Meetles video clips can be seen at: MeetlesVideos Channel on be