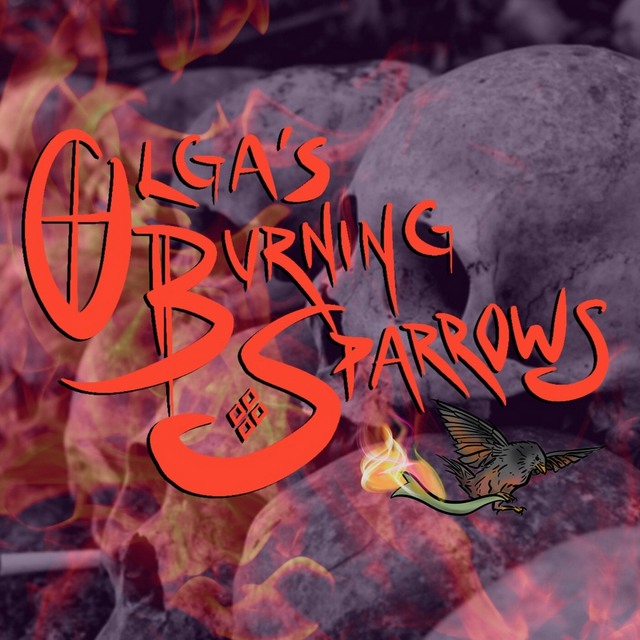 Alright, so current lineup = one lead guitarist (me, also lead vocals), one kickass rhythm guitarist (seriously, he rocks), and one bassist who recently started learning to play (but can also sing). Finding a drummer is the top priority right now, but we would not say no to synth/keyboard. All band members have (and will continue to have) creative input. We're a team, not a solo act with a backing band.

We're all in our early 30s, so looking for other musicians around that same age so things aren't weird and so we all have similar shelf-lives.

Commitment level: play for fun now, but if we get good...jump and see how far. If this could become a professional gig instead of a hobby, that'd be epic. Right now we practice together about once or twice a month and collaborate on new music in between. We've pretty much exclusively been working on originals, not covers, and will hopefully have some semi-decent (albeit drumless) recordings for you soon.

So now for who we actually are:

Mel - I've played the guitar for 22 years at this point, but mostly stayed in the acoustic/folk/grunge realm, then took a decade off to be in the Army and set my music aside for deployments and training and constant moves and all that other fun stuff. After leaving the Army this summer, I bought a shiny new Ibanez and went full speed, focusing on learning to play metal and in particular, metal lead. I wouldn't call myself a shredmaster by any means, but I'm getting there. I also write a lot, and while I dabble on the keyboard, piano is not my first love.

Awbrey - Also an Army vet and fairly new to bass. She started learning a few years ago, then sold her bass for the same reason I put aside my guitar. She recently acquired a new one and dove into it with a vengeance. She lives in the DC area, so we're looking for people anywhere between central and northern VA.

Bob - most recent addition to OBS, and a truly kickass guitarist, so we're super excited to have him on board and to continue working together. Prolific riff master for sure, and he's learning how to scream-sing, so we'll then have three vocalists, which opens up all kinds of fun opportunities. He's got the fry-scream down already, and I can (sorta) do the break-scream, so with our powers combined the possibilities are endless.

Weekends are best for jamming together since, alas, we're not going to be quitting our day jobs anytime soon, but we each practice individually daily and collab (digitally) regularly during evenings.

Our own music is somewhere in the metalcore/post hardcore realm, with a bit of djent and goth thrown in. We've been exclusively working on originals rather than covers so far. We'll post some recordings eventually, just gotta work the kinks out of the software (none of us are tech heads, but we're learning).

Drummer wanted, and totally down for a third guitarist and/or synth/keyboards. I'd list an email address, but apparently Bandmix blocks that out...but if you do a search for Olga's Burning Sparrows, we're pretty much the only thing that shows up, apart from info about the historical Olga of Kiev whose revenge inspired the band name. If you can't find a way to contact us, you haven't actually tried.

A bunch of guitars. So many guitars.
Casio keyboard
Drum kit

Current rehearsal space is in Charlottesville (the basement of a farmhouse in the middle of nowhere, the nearest neighbor being a winery 1/4 mile away), but if we happen to snag that drummer who has a rehearsal space, we are willing to travel to you. Literally anywhere in the central to northern VA area is fair game for us.